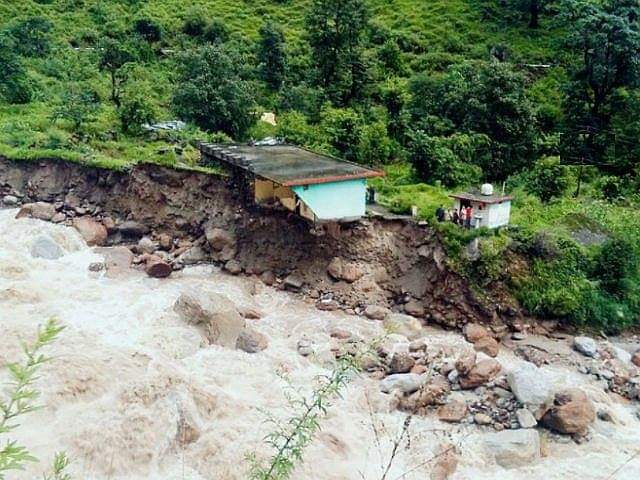 Srinagar, Aug 11: A mother-daughter duo is feared dead after they got washed away in flash floods in Ramban district, officials said on Thursday.

An official said  that a rescue operation is underway to trace the two missing persons (mother-daughter) due to flash floods in Neera area of Ramban district on Thursday.

He said two women—Shamima Begum and Rozia Begam—were washed away in flash floods at Neera village of Ramban, adding that both of them are feared dead.

He said that soon after the incident, J&K Police, SDRF and Civil QRT reached the spot for rescue operation to trace the duo.

Deputy Commissioner (DC) Ramban in a tweet said that: “Rescue operation is on to trace the 2 missing persons in flash-flood at Neera, Ramban. Affected families are being shifted to safer places.” Some cars and motorcycles have also been washed away in the flash flood, as per the officials.

Authorities have advised people to stay indoors and don’t venture close to any nallah.