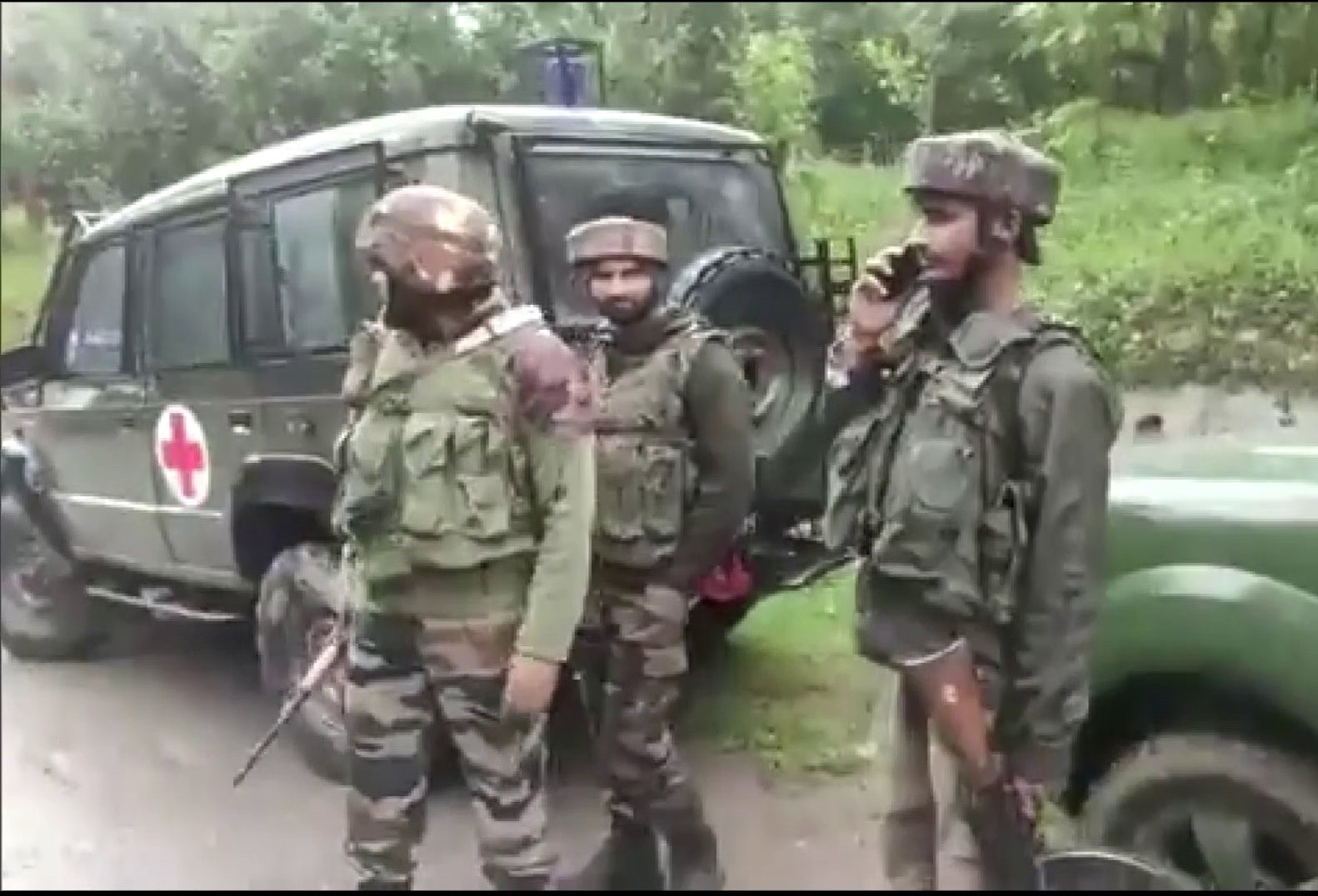 Rajouri, Aug 11: Four soldiers including a Junior Commissioned Officer (JCO) and two fidayeen were killed during an encounter at the army camp Pargal in Darhal area of Jammu and Kashmir’s Rajouri district, police said Thursday.

Defence officials  said troops foiled a major fidayeen attack on the army camp at Pargal as the attackers were intercepted right at the fence of the camp.

“Two fidayeen attacked army camp at Pargal in upper reaches of Darhal amid heavy firing on sentry posts in the wee hours,” the officials said. “The attackers managed to sneak inside the camp and were on way towards army barracks when a quick reaction team of army from inside the camp responded to the situation and engaged both the militants outside the army barracks preventing their entry inside.”

The officials said that the army troops managed to engage the attackers outside barracks while intense gunfight between both the sides lasted for over three hours during which both the militants were gunned down.

“During the exchange of firing, six army personnel including one Major and one JCO received injuries. The JCO identified as Subedar Rajendra Prasad, Rifleman Lakshmanan D and Rifleman Manoj Kumar succumbed to their injuries whereas injured army Major and two other personnel were removed from the site and shifted to Rajouri army hospital where they are under treatment,” the defence officials said.

Army in an official statement said that this was a “suicidal strike” on army camp which was foiled due to alertness of troops.

“In the early morning hours, alert sentries of Indian Army post at Parghal in Rajouri detected suspicious persons approaching their post taking advantage of the inclement whether and dense foliage,” the statement said, adding that the sentries challenged the two militants who lobbed grenades while attempting to gain entry inside the post. However, alert troops cordoned the area and engaged then in a fire fight thereby pinning them.

“In the ensuing encounter, two militants were killed whereas six soldiers of Indian Army were injured out of which three “brave hearts succumbed.”

Senior Superintendent of Police (SSP) Rajouri Mohammad Aslam while addressing media at the site of encounter said that it was a suicide strike on army camp but alert troops foiled the attack and prevented the major loss.

“The exchange of gun fire between Army men and militants lasted for hours in which both the fidayeen militants were killed while three soldiers also attained martyrdom while three others are injured,” he said. “Searches in the area are still going on and high alert of security is being maintained.” Meanwhile, defence officials said fourth soldiers identified as Rifleman Nishant Malik, succumbed in the evening taking the number of slain soldiers in Rajouri attack to four.

In the meanwhile, as some media reports suggested that the slain militants in Rajouri attack used armour-piercing steel bullets, police said that it was investigating the nature of bullets used by the militants. Pertinently, so far armour-piercing steel bullets have been used by Jaish-e-Muhammad fidayeen in Kashmir in many encounters especially the one that took place in Lethpora area of Pulwama on December 31, 2017.