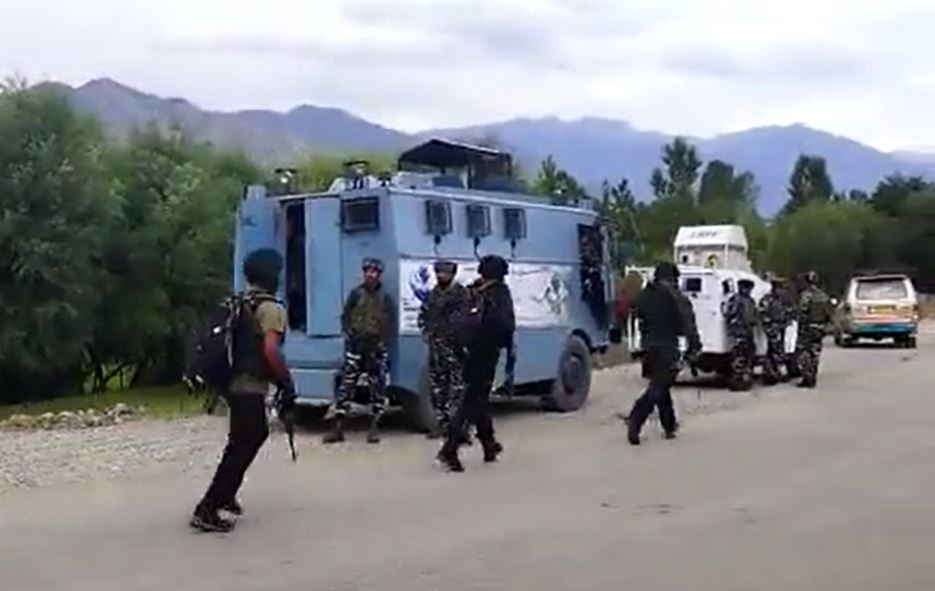 Srinagar, Aug 5: A civilian was killed and a soldier injured amid a gunfight between militants and joint team of police and army in Redwani area of south Kashmir’s Kulgam district on Friday, officials said.

The police in a statement said that the “operation has concluded” but there is no mention about the militants, suggesting they escaped by giving slip to the joint team during the course of the gunfight which had started this afternoon.

The police said that a civilian and soldier were injured during the gunfight which according it ensued after a contact was established with the militants following cordon-and-search operation in the area amid the presence of the militants there.

“Injured civilian namely Manzoor Lone son of Abdullah Lone of Redwani Bala Kulgam succumbed to his injuries,” the police said in a tweet. The Injured Army soldier, Kiran Singh of 1RR, a resident of Ramban is hospitalised at 92 base Hospital Srinagar. “The search operation concluded,” the police added.