Woman Killed, Another Injured After Car Plunges Into Doodhganga Stream in Barzulla 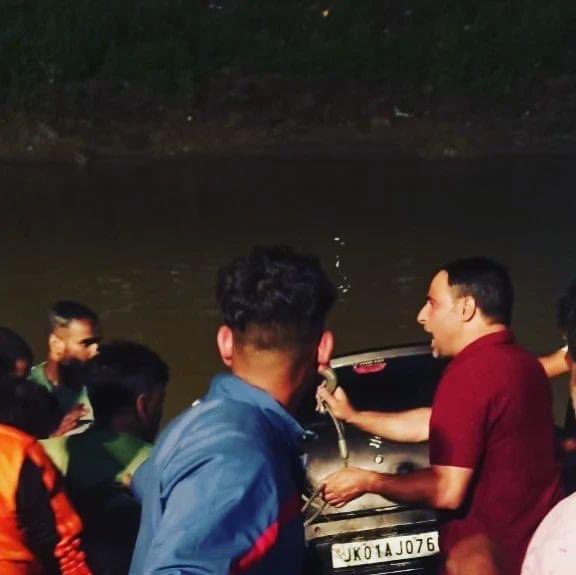 Srinagar, Aug 3: A woman was killed and another injured after a car they were travelling in plunged into Doodhganga stream in Barzulla area here on Wednesday evening, officials said.

They said that a ‘K10’ car bearing registration number JK01AJ-0760 fell into the water body near Bulbul Bagh Barzulla, following which Fire and Emergency Department personnel swung into action and rescued two women on board the car. The duo, they said, was taken to a nearby health facility where the doctor declared one of them as brought dead on arrival.

The official identified the deceased as Bilkees Begum, wife of Mukhtar Ahmad, resident of Old Barzulla and injured as Shareefa Begum. “They duo is related to each other”, the official added. gns