5 of Family, Including Husband, ‘Involved in Murder’ of Woman At In-laws House Arrested: Police 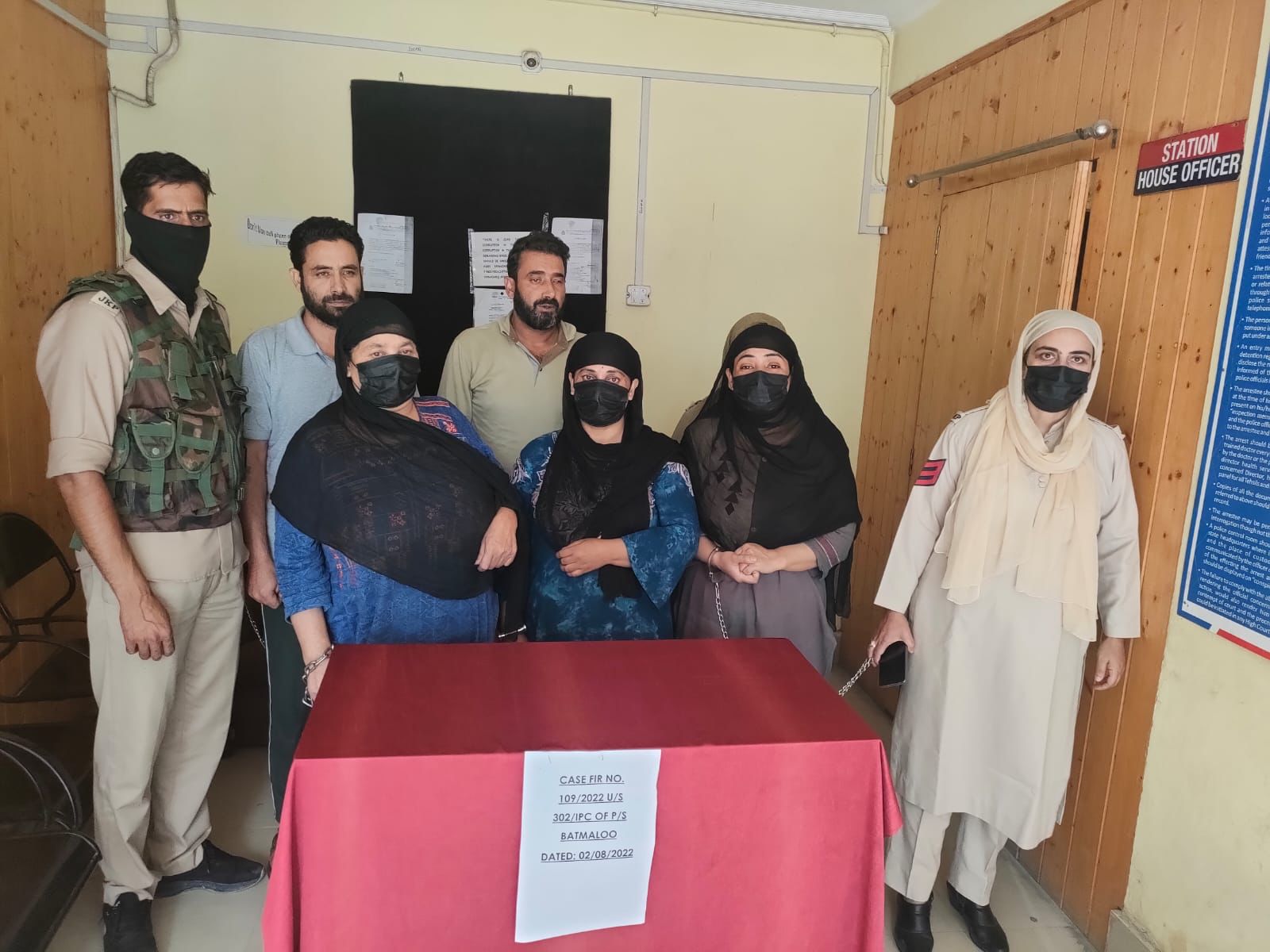 Srinagar, Aug 3: Police on Wednesday said to have arrested five members of a family alleged for their involvement in murder of a woman at Bemina locality here.

“On 27-06-2022, Police Station Batamaloo Srinagar received information through reliable sources to the effect that at Nundresh Colony-B Bemina one lady namely Tasleema Bano (38), wife of Shahnawaz Ahmad Dar, resident of Nundresh Colony B Bemina Srinagar has died at her In-laws house in suspicious condition and was taken to SMHS Srinagar where doctors brought her dead”, said a police spokesperson in a statement.

“Upon reception of this information, a report has been entered into the daily dairy of Police Station Batamaloo vide GD No.30 dated 27-06-2022 and proceedings under section 174 Cr.PC initiated”, the statement reads.

“During questioning, some suspects, particularly her in-laws were brought to this P/S for questioning. However report from Pathology department received and has been submitted that after the perusal of complete postmortem examination, the doctors team are of the opinion that the findings are consistent with death due to Asphyxia (Smothering)”, maintains the statement adding upon this Case FIR No. 109/ 2022 under section 302 stands registered and investigation was set into motion.

The statement adds that, upon this five suspected persons including 03 females and 02 males identified as; Hafeeza Begum wife of Ghulam Qadir Dar, Sumiyaa wife of Parvaiz Ahmad Dar, Siaqa wife of Yasir Ahmad Dar, Parvaiz Ahmad Dar son of Gh Qadir Dar and Shahnawaz Ahmad Dar son of Gh Qadir Dar, all residents of Nundresh Colony Bemina were arrested in the instant case and further investigation in the instant case is still going on.