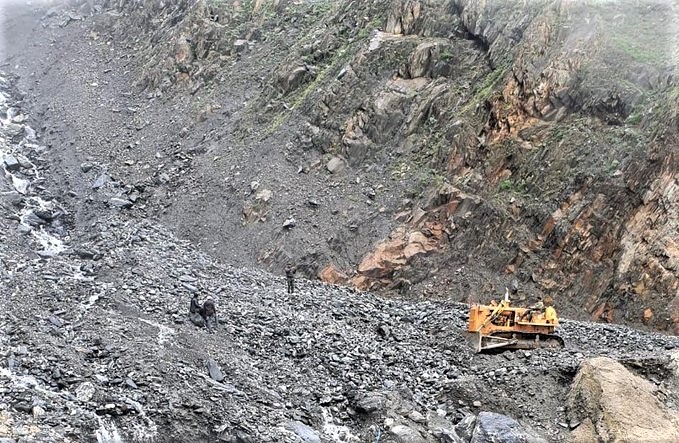 Ganderbal, Aug 1: Owing to fresh landslides at multiple locations due to incessant rains, the Srinagar-Leh highway has been closed by the officials.

The highway which connects Srinagar and Leh was closed for vehicular movement due to fresh landslides that were triggered by heavy rains in Chine Nallah, Bajri Nallah, Pagal Nallah, Pani Metha and other locations in central Kashmir’s Ganderbal district.

An official confirmed  that highway was closed during the intervening night after the fresh landslides at multiple locations in Zojila. He said men and machinery have been pressed into service to restore traffic movement on the highway.

Scores of vehicles have been stranded at Sonmarg and Minimarg, the official said.

He said that due to inclement weather, Amarnath Yatra has been stopped.

“The Yatris who intended to visit the holy cave by foot have been stopped as a consequence of the heavy rains and the slippery condition of the trek, however, the chopper service is operational,” he said.

The official said that 366 pilgrims took a flight from Nilgrath to Panjtarni on Monday while 357 yatris came back from Panjtarni to Nilgrath through chopper. knt