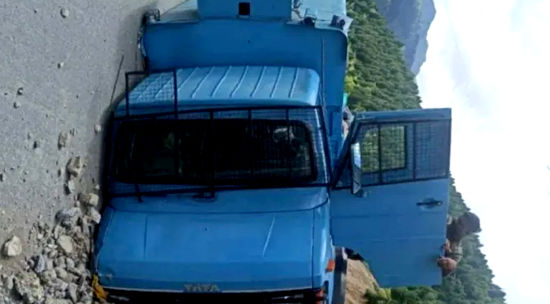 They said that a vehicle belonging to 79 Battalion CRPF, escorting a Yatra convoy turned turtle at By-pass road Sonamarg, resulting in injuries to Deepak Kumar and Bitu Pan Dura of 160 Battalion.

The duo, they said, were shifted to PHC Sonamarg, from where Bitu Pan Dura was referred to SKIMS Soura Srinagar for further treatment.

Confirming the incident, a police official said  that both the injured personnel are stable as of now.