ECI organises workshop on FLC on EVM, VVPAT for DEOs, DDEOs of Kashmir 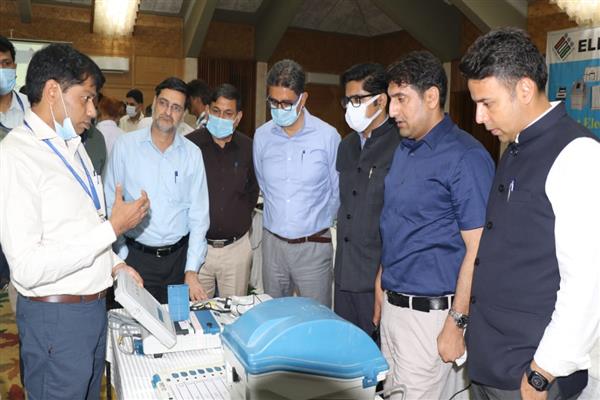 The proceedings of the workshop were presided over by Director EVM, ECI, S Sunder Rajan in presence of Secretary, ECI, Madhusudan Gupta and Under Secretary ECI, O P Sahani. While, members from ECIL comprising Deputy General Manager, P C Mandal, Senior Manager,  A Sunil, Technical Officer-C, V Dinesh Datta, and Technical Officer-V, Venkanna were also the part of the programmer.

During the workshop various aspects/issues related to EVMs and VVPATs, besides FLC basics including most important starting steps, Technical & Administrative security, quality of machines, Political parties participation and introduction of P-FLCU were deliberated upon threadbare.

The other issues were also highlighted and demonstration to deal with all stakeholders to conduct election process smoothly.

During the programme, the members of the ECI Team gave comprehensive overview of the FLC process through a PowerPoint presentation,

The other important aspect were also highlighted including responsibilities of DEOs and FLC in charge, Administrative safeguards and  all Ballot Unit (BU), Control Unit (CU) and VVPAT.

The concerned officers of team cleared all queries pointed out by the DEOs and DDEOs during the workshop.

During the demonstration the Officers were also given awareness about installation and other process of first level checking of EVM process.