Three minors among 4 killed, 15 injured in overnight accident in Samba 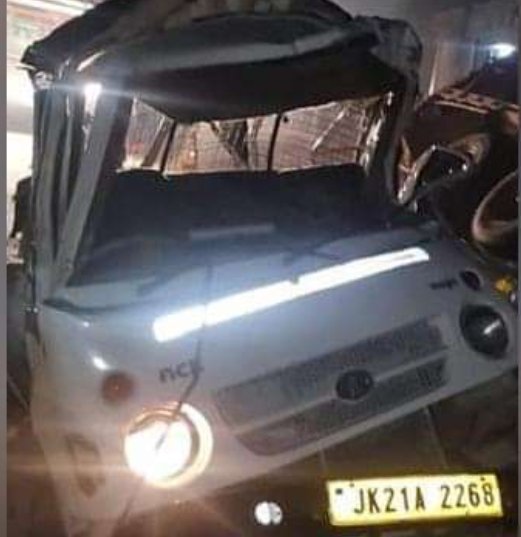 Jammu, July 23: Four people, three of them minors, were killed and fifteen others were injured in an accident involving an auto and a truck on highway in Samba district late last night, officials said on Saturday.

They said that the accident between auto (tempo-type, bearing registration no. JK21A-2268) and truck happened at 2325 hours, resulting in death of three minors, two of whom were siblings, and a woman, while 15 others were injured.

The deceased have been identified as Suman Devi (40) wifeof Shiv Dayal of Khadgal Samba, Rahul (8) and his sister Muskan (5) son & daughter of Tarsam Lal respectively and Krish (5) son of Ramesh Lal, all residents of Jaswal Mandal district Samba.