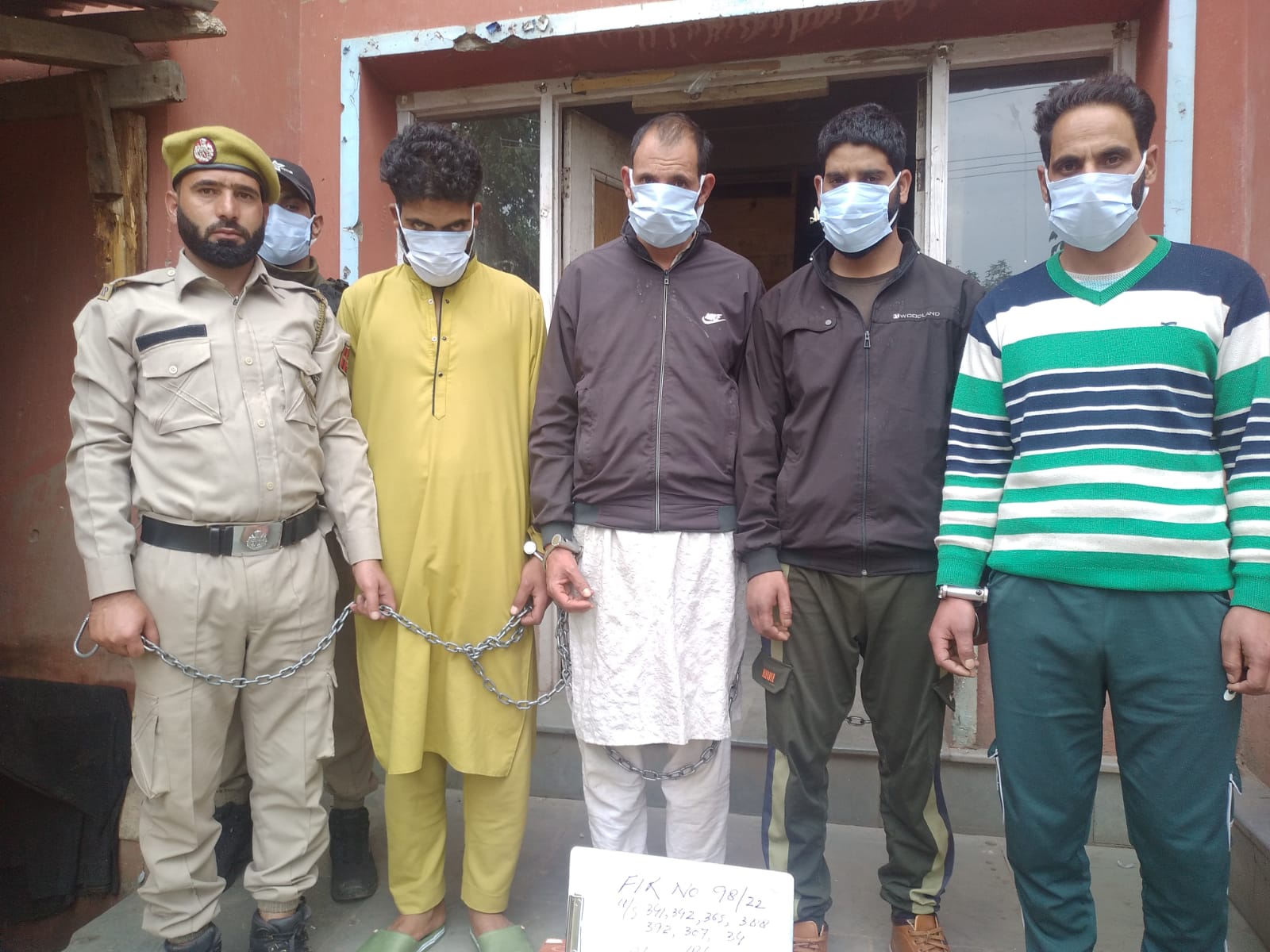 Budgam July 21: Police on Thrusday claimed to have busted a gang of Extortionists by arresting 5 of its members in Beerwah area of Central Kashmir’s Budgam district.

In a handout, the police said that the modus operandi of the gang was to call some person(s) to their home and then put him under threat by pointing knives etc towards him and rob him of his belongings, adding, also capture a video of the victim with a lady who happens to be wife of one of the gang members and then start demanding money in lieu of threat of releasing the video of the victim with lady in comprising position etc.