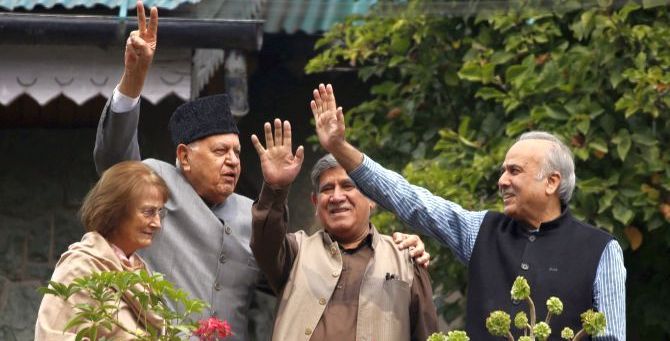 Srinagar, Jul 15: National Conference (NC) Members of Parliament Muhammad Akbar Lone and Hasnain Masoodi on Friday said that the absence of democracy in Jammu and Kashmir is feeding alienation and institutionalising bureaucracy in the region.

The MP’s said the situation with regards to democracy in J&K stands incoherent with regard to the remarks made by PM Modi during the closing ceremony of the centenary celebrations of Bihar Legislative Assembly in Patna.

“There is disquieting evidence everywhere in Jammu and Kashmir on the backsliding of democracy in Kashmir,” the two MP’s said in a statement.

“J&K was missing out on evolving democratic discourse referred to by PM Modi who has rightly said that in a democracy, legislative bodies have the role of echoing the wishes and aspirations of people. It was the same legislature that spearheaded the flight of J&K from feudalism to democracy. It was the same legislature that passed the legislations like land to tiller and abolished the feudal system. It was the same institution that had protected the pluralistic visage of Jammu and Kashmir and protected the cultural, linguistic, electoral, employment and land rights of the people of J&K. Having such a historic citadel disposed of is unthinkable,” they added.

They further added that having people of J&K illogically and illegitimately deprived of popular Govt is violation of constitutional guarantees.

“Air dropped and unrelated bureaucrats could not be the substitute for a legitimate elected government. It is the people’s government, and powerful legislature that can take on the existing challenges in the state. A remote controlled system cannot empathise with people’s suffering, their aspirations. Denying 1.20 crore people their democratic rights is violative of the country’s democratic setup and federalism,” they added, demanding a course correction in the ruling party’s JK centric policy.