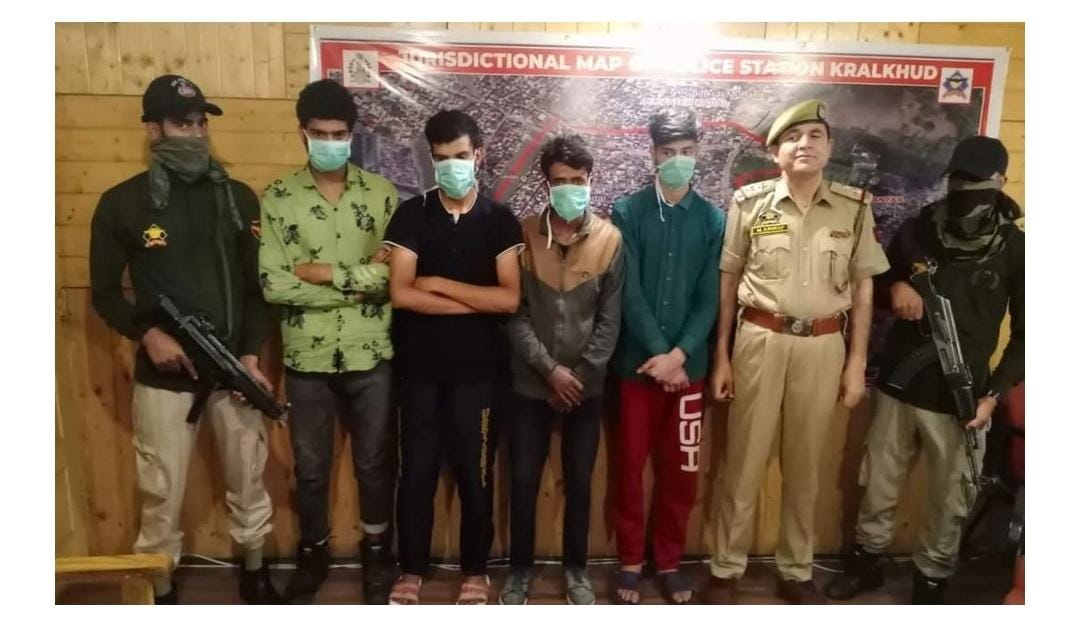 In a handout, the police said that On 08th July Police Station Kralkhud received an information through a reliable sources that an group of miscreants have gathered at Babademb Naqashpora ground and were convening a meeting.

The group has had a known history of being linked with TRF wing of militant outfit of LeT and have been known to have had conversations over phone with their militant handlers in POK, spokesman said, adding, also, as per inputs the whole group was in a bid to join militant ranks anytime after Eid al Adha, he said.

Since these activities of the said group were pre judicial to the security of the country, and considering the reliable inputs about their efforts to join militant ranks, they were arrested on spot, he said.

Based on further investigation another accused was arrested who has been identified as Mohd Imroz Dar son of Fayaz Ahmed Dar resident of Bundroo Pulwama who was also making efforts to join militant ranks, they said.

Accordingly, Case FIR No 22/2022 US 13 UAPA has been registered in Police Station Kralkhud and further investigation has been taken up, reads the statement.