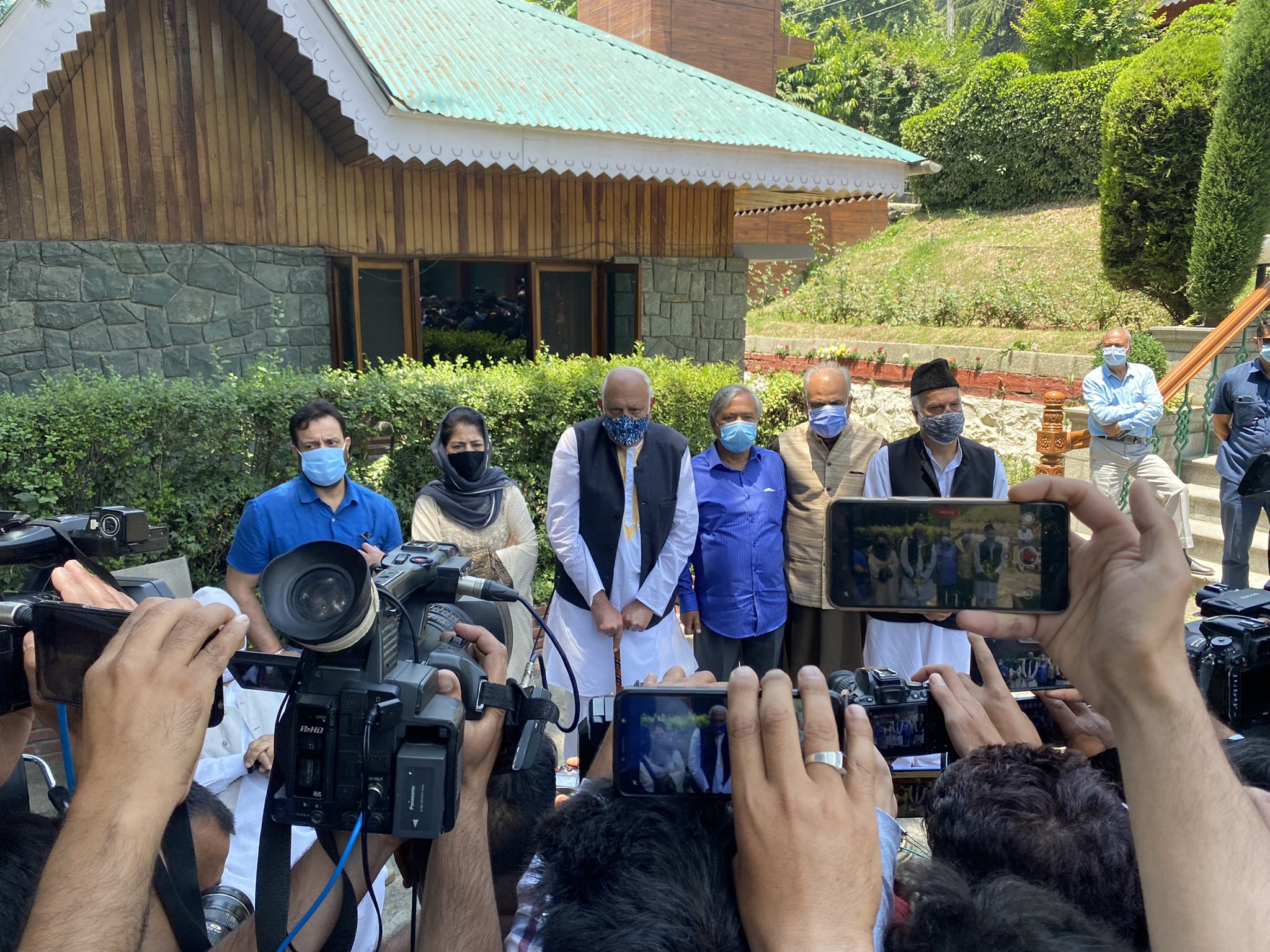 Srinagar, Jul 13: Peoples Alliance for Gupkar Declaration (PAGD) on Wednesday said that the 13 July martyrs day can never be erased.

“On this day, 91 years back i.e 13th July 1931, 22 brave souls protesting against the tyranny of the autocracy were martyred. This historic event had shaken the foundations of the then oppressive power structure. This unprecedented incident proved to be a milestone in the long road of the people’s struggle for justice. Thus it marked the beginning of the mass awakening in Kashmir. The barbaric killings of protesters shocked and infuriated the people who challenged the autocratic rule,” PAGD spokesman said.

According to the noted Kashmiri Pandit freedom fighter and writer, ‘Prem Nath Bazaz’ “no longer looked down upon themselves as born bond men and they began to walk erect with their heads raised and refused to be easily bullied by an official or an outsider”.

The uprising against the tyranny & autocratic ruler laid a strong edifice for unifying the people, rising above narrow considerations that finally culminated in initiating a process of their empowerment, he said, adding that the supreme sacrifices by the martyrs led to the dawning of new in the region.

“Despite brazen assault on legitimate constitutional rights and suppression of civil liberties, democratic rights, curbing the media, indiscriminate arrests of political activists and youth under draconian laws like UAPA, PSA, people can not be silenced for long.”

“Economy of the region is worsening, despite tall promises of development, investment and job creation. The fact remains, the erstwhile state of J&K lags far behind. Instead of creating new job opportunities, daily wagers, contractual employees, casual labourers, scheme workers & others are either not getting their wages regularly or are being altogether denied their dues.”

PAGD appealed to all the sections of our population, communities and regions to close their ranks and unitedly raise their voice for a better future and dignified life. United voice remains the only option i.e the real tribute to these great martyrs.