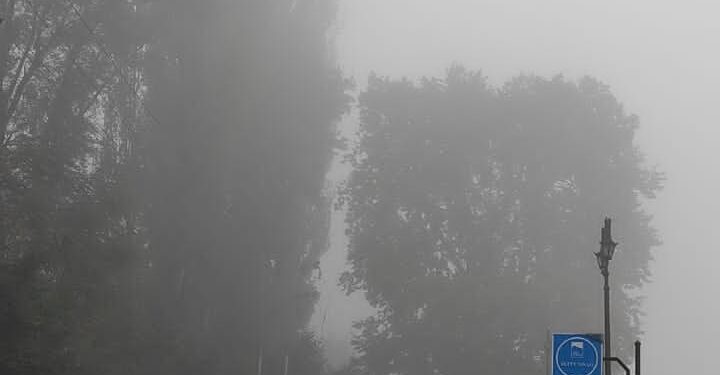 Srinagar, July 5: Weatherman on Tuesday forecast more “intermittent” light to moderate rain at many places of Jammu and Kashmir during next 24 -36 hours.

The rains lashed Jammu and Kashmir since overnight night, bringing some respite from the high temperatures.

“Light to moderate rain occurred at many places in Jammu and Kashmir this morning and it is still raining lightly,” a meteorological department official said.

Intermittent light to moderate rain, he said, was likely to continue at many places of J&K during next 24 -36hrs.

‘There’s already lots of water in local streams, rivers etc. due to melting of glaciers etc. Addition of rain water in these streams often generate flash flood, mudslide etc,” he said, adding, “People are advised to remain cautious and avoid venturing near such places which are vulnerable to flash flood etc.”

He said Srinagar recorded a low of 20.8°C against 24.0°C on the previous night. However, he said, the temperature was around 3.1°C above normal during this time of the year for the summer capital.

Qazigund recorded a low of 20.7°C against 21.6°C on the previous night. The temperature was 4.6°C above normal for the gateway town of Kashmir, he said.