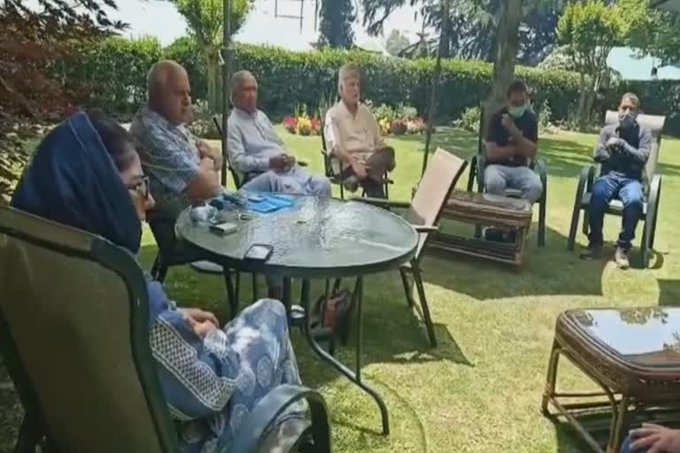 He said that the atmosphere is conducive for the polls saying that when the elections can be held during floods, why not now.

Talking to reporters here, Dr Farooq  said that the parties, who left PAGD, were never part of it as they had joined the amalgam with an intention to break the alliance.

“Those who parted ways with PAGD are claiming that they were not part of it. How can they say this when they met us at my home,” he said, adding that they were never part of the conglomerate but joined with an intention to break the alliance.

“The conglomerate is not fighting the elections separately. It will contest in the elections in unison,” he said while replying to a query.

He appealed to people to be patient saying that the time will come when the Almighty will help people to come out of the present situation. “I am expecting good time ahead. Our path should be right,” he said.

“We want peace and want to move forward with peace. We want the hostilities to end. The country will progress only with love and there is a need to protect the diversity,” he said.

One ‘Har Ghar Tiranga’, he said the tricolour should unfurl in the hearts of the people.

About Amarnath yatra, Farooq said that Kashmiris have always helped and supported to ensure peaceful conduct of pilgrimage. “It was a local Muslim from Anantnag, who found the Lingam and informed it to Pandits in Mattan. The Muslims have never raised fingers on the religion of others. They are living in with harmony,” he said. kno