It’s our obligation to light candle of democracy again in J&K: Farooq 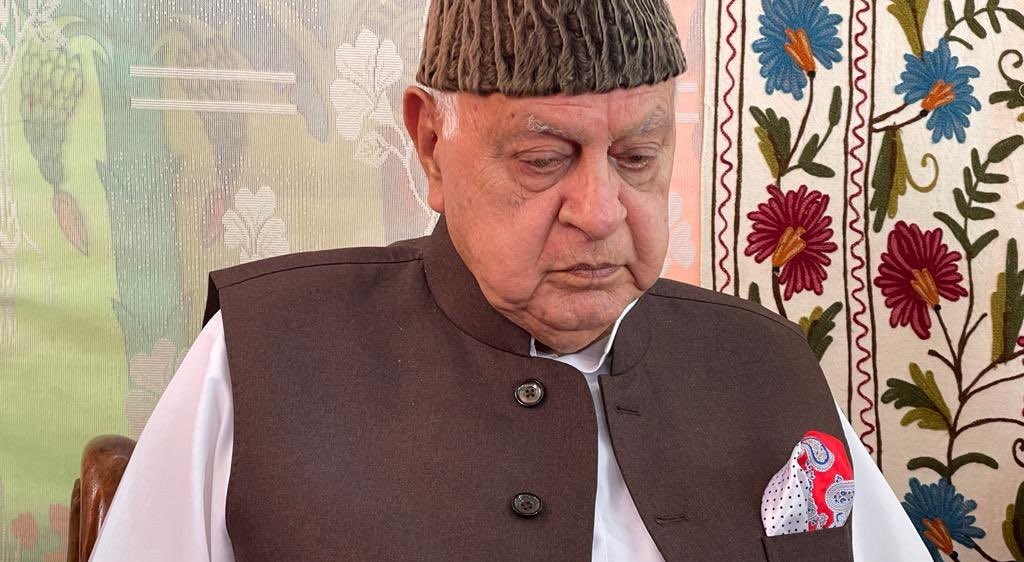 Srinagar, July 1: Stating that Normalcy in J&K cannot be achieved by force, National Conference President and Member of Parliament from Srinagar Dr. Farooq Abdullah on Friday called for a united fight for the restoration of J&K’s abridged democratic, constitutional rights.

He said this while interacting with a number of delegations who called on him at his Srinagar residence from Kargil, North, South and Central parts of Kashmir. Among others senior leaders Choudhary Muhammad Ramzan, Kafilul Rehman, District President Baramulla Dr Sajad Shafi Uri, and Agha Syed Muhammad Rizvi, and Minority cell women’s wing president Sumita Bhan were also present on the occasion.

“Peace in J&K cannot be achieved by feeding bitter medicines to our people. It can only be achieved by restoring their fettered constitutional and democratic rights. Far from affording our people’s rights enjoyed by their counterparts in other parts of the country, they are being treated with discrimination at every level. There are no exceptions to this wanton democratic decline in Jammu and Kashmir. Our party had particularly suffered immensely for strengthening the roots of democracy in the region. We lost a number of our workers and leaders in the struggle. Unfortunately the democratic march towards strengthening the institutions started by us at the cost of shouldering the coffins of our colleagues remains in suspended mode,” Dr Farooq said.

“There is little support to the claims of the government on Jammu and Kashmir, instead  people of Jammu and Kashmir are at the epicentre of an emerging situation marked by widespread development deficit, pervasive unemployment, deepening alienation, unprecedented administrative inertia and insecurity,” he said, “It is our obligation, as responsible citizens, to light the candle of democracy again in J&K.”

Dr Farooq stressed the need of a united, constitutional and democratic struggle for the restoration of people’s abridged constitutional, democratic and human rights. “I see no way of achieving anything in J&K without a lasting unity between different sections of our society.

We have to stop seeing ourselves as Hindu-Muslim, Shia- Suni, Bareli Deobandi, Kashmiri -Dogra binaries. Unity in diversity must be our creed to last for all time and under all circumstances, otherwise there is no end in sight to our common problems in the shape of poverty, unemployment, and development. Our mutual discord will make our descent into darkness. Divided we cannot achieve anything, let alone get back our abridged constitutional and democratic rights,” he observed.