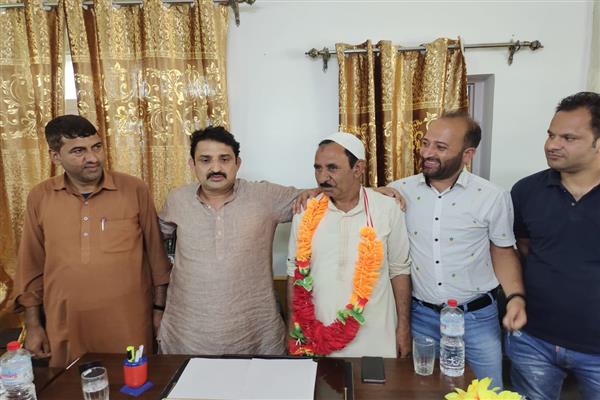 The new entrants were welcomed into the fold by party senior leader and Political Secretary to PC President Yasir Reshi at Sumbal.

Reshi, while welcoming the new entrants in PC fold said that it is inspiring and encouraging to see people from all walks of life joining the PC with a resolve to strengthen it on ground and make it a viable political alternative and a force to reckon with.

He said that PC’s popularity amongst the masses could be gauged by the fact that new and experienced people are entering into the party fold with a hope to see Jammu and Kashmir a place free from uncertainty, violence and mis-governance.

According to the party spokesperson, the new entrants expressed confidence in PC’s vision for change and party’s resolve to get Jammu and Kashmir out of the morass of uncertainty and chaos with a pragmatic and far- sighted approach.

They said that they genuinely believe that Sajad Lone is the only leader who can take J&K out of the current impasse and deliver for the people of Kashmir.