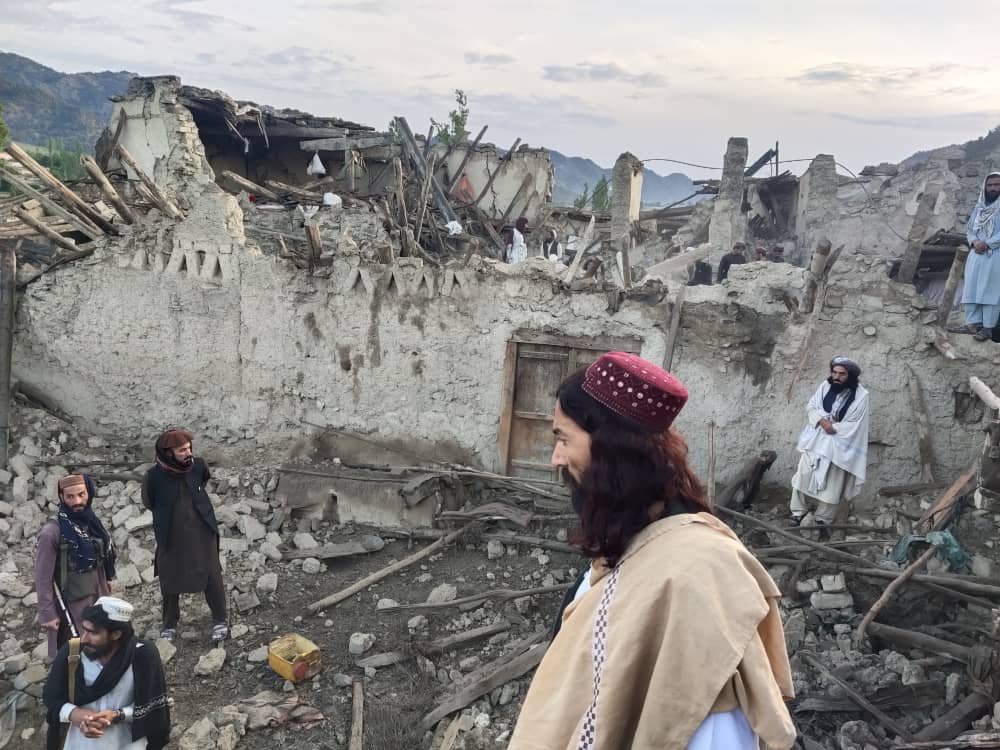 Kabul: Hundreds of people were killed and wounded in an earthquake that occurred early Wednesday morning in southeastern Afghanistan, according to a statement of the Ministry of State for Disaster Management, Tolo news reported.

Mawlawi Sharafuddin Muslim, deputy Minister of State for Disaster Management, told a news conference that “920 people were killed and 610 were injured” in last night’s earthquake that hit several provinces of Afghanistan.

He said the Islamic Emirate will pay 100,000 Afs for the families of those who were killed in the earthquake and 50,000 will be paid to families of those injured. In order to alleviate the problem, Muslim asked for foreign aid.

Earlier, the head of the Khost department of information and culture, Shabir Ahmad Osmani, told TOLOnews that more than 25 people died and 40 others were wounded as a result of the earthquake in the province.

According to an earlier statement of the Disaster Management Ministry, five people were killed in the eastern province of Nangarhar as a result of the earthquake.

The head of the Paktika department of information and culture, Mawlawi Huzifa, told TOLOnews that the earthquake occurred around 1:30 AM last night. He said that many of the victims are from the Giyan district of the province.

According to local officials, helicopter and rescue teams have arrived in the area.

The Islamic Emirate’s spokesman, Zabiullah Mujahid, said that an emergency cabinet meeting was held on Wednesday morning to discuss assistance for the people affected by the earthquake.

“In addition to helping the people affected by the earthquake, all relevant organizations were tasked to send rescue teams,” he said.

The former chairman of the High Council for National Reconciliation, Abdullah Abdullah, on his Facebook offered condolences to the people affected by the earthquake.

The epicenter was 44km from Khost city, and it measured 6.1 on the richter scale, according to USGS.  (Tolo news)