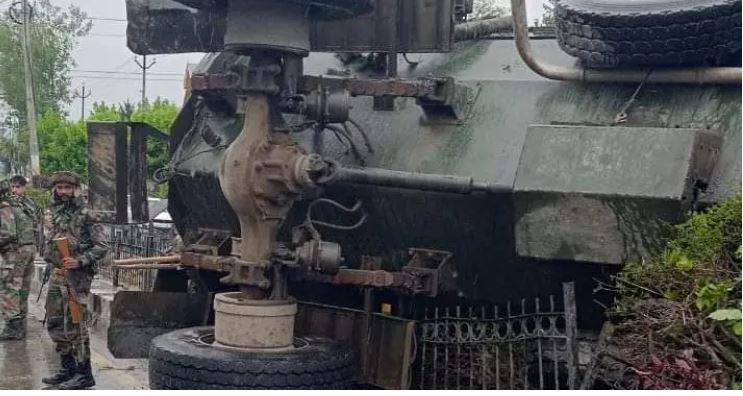 Srinagar, June 18: A soldier was injured after an Army Casper vehicle turned turtle on Srinagar Airport Road in Humhama on Saturday.

Police sources said that an army Casper vehicle went out of control from the driver and it skidded off the road and turned turtle after hitting the pavement.

The incident occurred near JK Public School in Humhama on Srinagar-Airport road.

Sources added that a soldier was injured in the incident who was shifted to a nearby hospital for treatment. knt