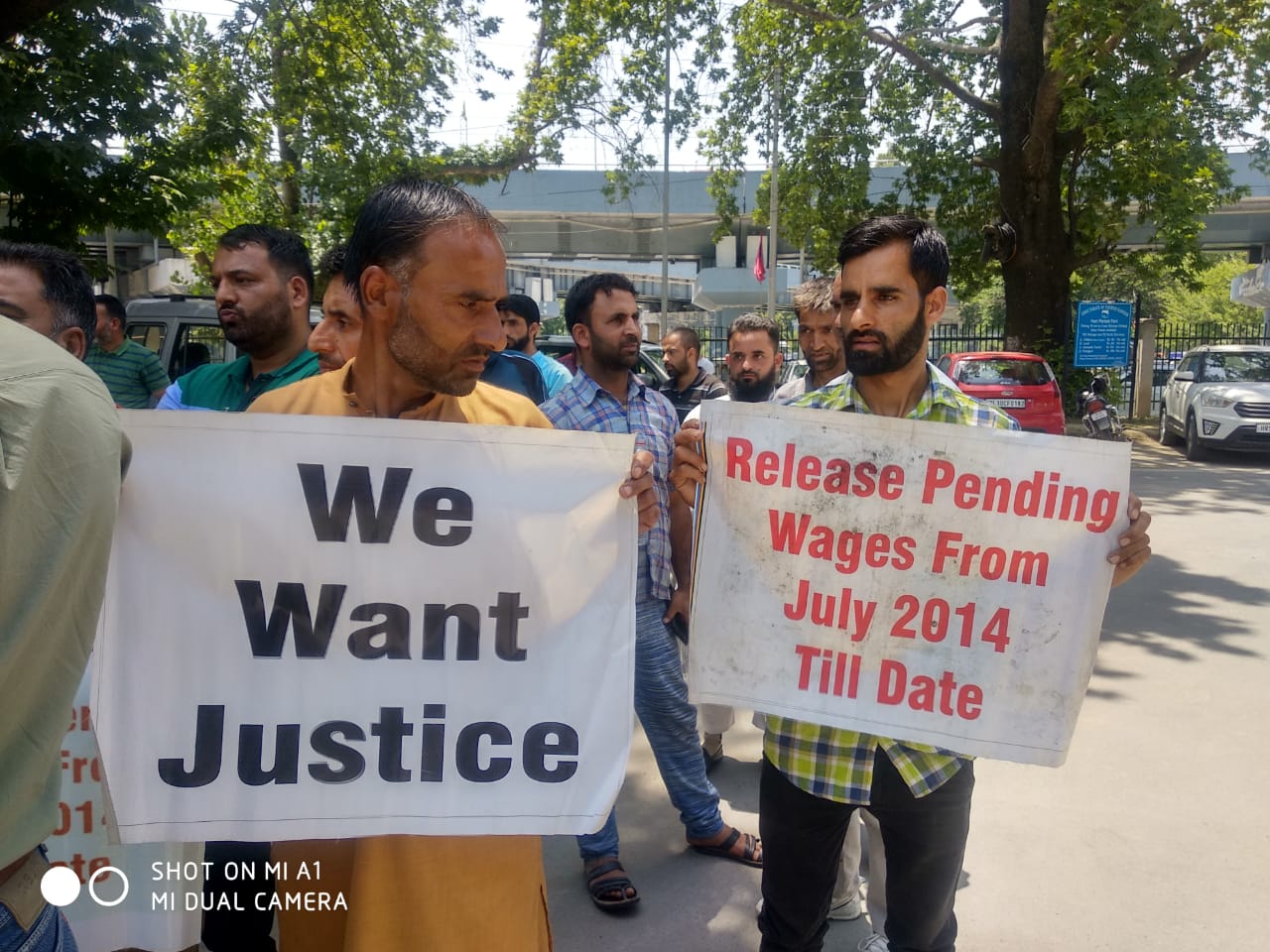 Srinagar, June 13: The causal laborers of the Tourism Department Monday staged a protest outside the office of Directorate Tourism, demanding the release of their pending wages.

The protesters were carrying placards and raised slogans in favor of their demands.

“We requested our Department many times but nothing materialized. We are being forced to come on roads,” Fayaz Ahmed Dar who led the protest said.

He said that two consecutive orders had been issued directing the department to release the pending wages of the casual laborers, but no action was taken.

“From the last 8 years, we have been demanding the release of pending wages. We work round the clock and always make ourselves available for the department and yet deprived of our hard-earned labor,” the protesters said.

The protesters sought the intervention of LG Manoj Sinha and urged the Director of Tourism to release the salaries on humanitarian grounds. knt