Target killings in Kashmir: Will avenge every drop of tear shed by families of those killed by militants, says J&K LG Manoj Sinha 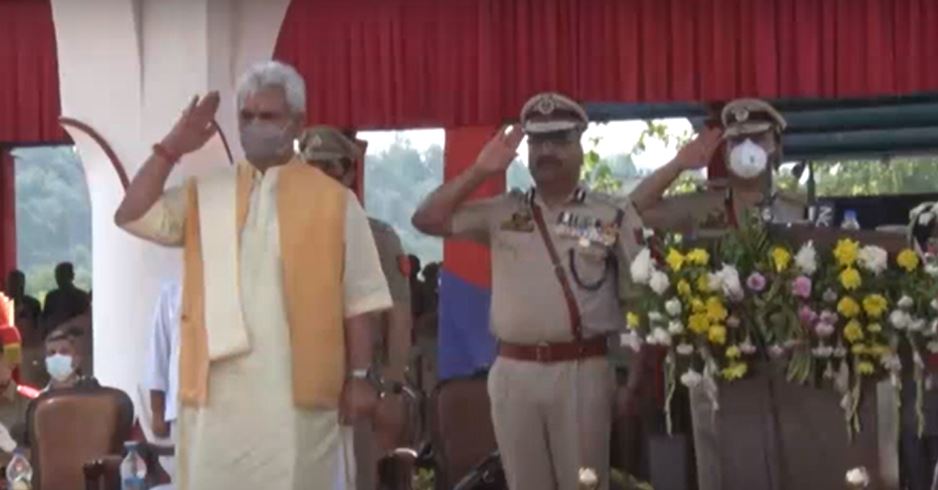 Jammu, Jun 09: Jammu and Kashmir Lieutenant Governor Manoj Sinha Thursday said that the security forces will “avenge every drop of tear” shed by the families of those who lost lives in target killings by militants in Kashmir.

He also ordered a probe into the alleged irregularities in JKSSB Sub-Inspector post recruitment process stating that committee headed by Home Secretary will investigate the allegations.

“Administration led by me feels the pain and agony of families of those who were killed by militants in Kashmir recently. I assure the families that the security forces will avenge every drop of tear shed by them,” LG Sinha said while addressing police passing out parade at Udhampur.

He said that the committee will submit its report within shortest possible time and if anybody is found involved in playing mischief, strict action will be taken and the entire process will conducted afresh in a transparent manner.

A total of 30 Deputy Superintendents of Police (Dy.SsP) and 61 Probationary Sub-Inspectors (PSIs), at SKPA Udhampur completed their rigorous training today at the Police Academy.

An oath was administered to the passing out cadets for performing their duties with dedication and honesty.

At the outset, the Lt Governor took the Rashtriya Salute and inspected the Parade, besides taking the salute at an impressive March Past by Men and Women contingents.

Congratulating the passing out cadets, the Lt Governor asked them to discharge their duty with utmost responsibility and dedication by effectively tackling traditional as well as modern challenges, and carry forward the rich legacy of courage and bravery of Jammu & Kashmir Police.

Paying his tributes to the brave-hearts of JKP and other security forces personnel who have sacrificed their lives in the line of duty, the Lt Governor observed that the Jammu and Kashmir Police is a proud force of the country tackling multiple challenges like Anti-Terror operations, maintaining Law & Order, dealing with the increasing threats from drones, drug trafficking, cybercrime, and radicalization, every day to maintain peace in Jammu & Kashmir and ensure safe & secure environment for its people.

“Our Police and Security Forces have been successful in dismantling terror modules of the neighboring country.  Yet a handful of disgruntled people are radicalizing our youth and are shedding innocent blood by carrying out terror activities in the UT,” he said, adding that they will never succeed in their nefarious designs.

Dr. S.D Singh, Director, SKPA, in his introductory remarks informed about the training provided to the cadets on a number of courses on general policing, law and order management and other specialized operations.

Director General of Police (DGP) J&K Dilbag Singh, in his address congratulated the Director of SKPA Udhampur for providing quality training to the Probationaries and welcomed the new entrants into the family of JKP. He congratulated the trainee officers and wished them a bright service career in their field work. He also highlighted the significance of 15 women officers in the POP.