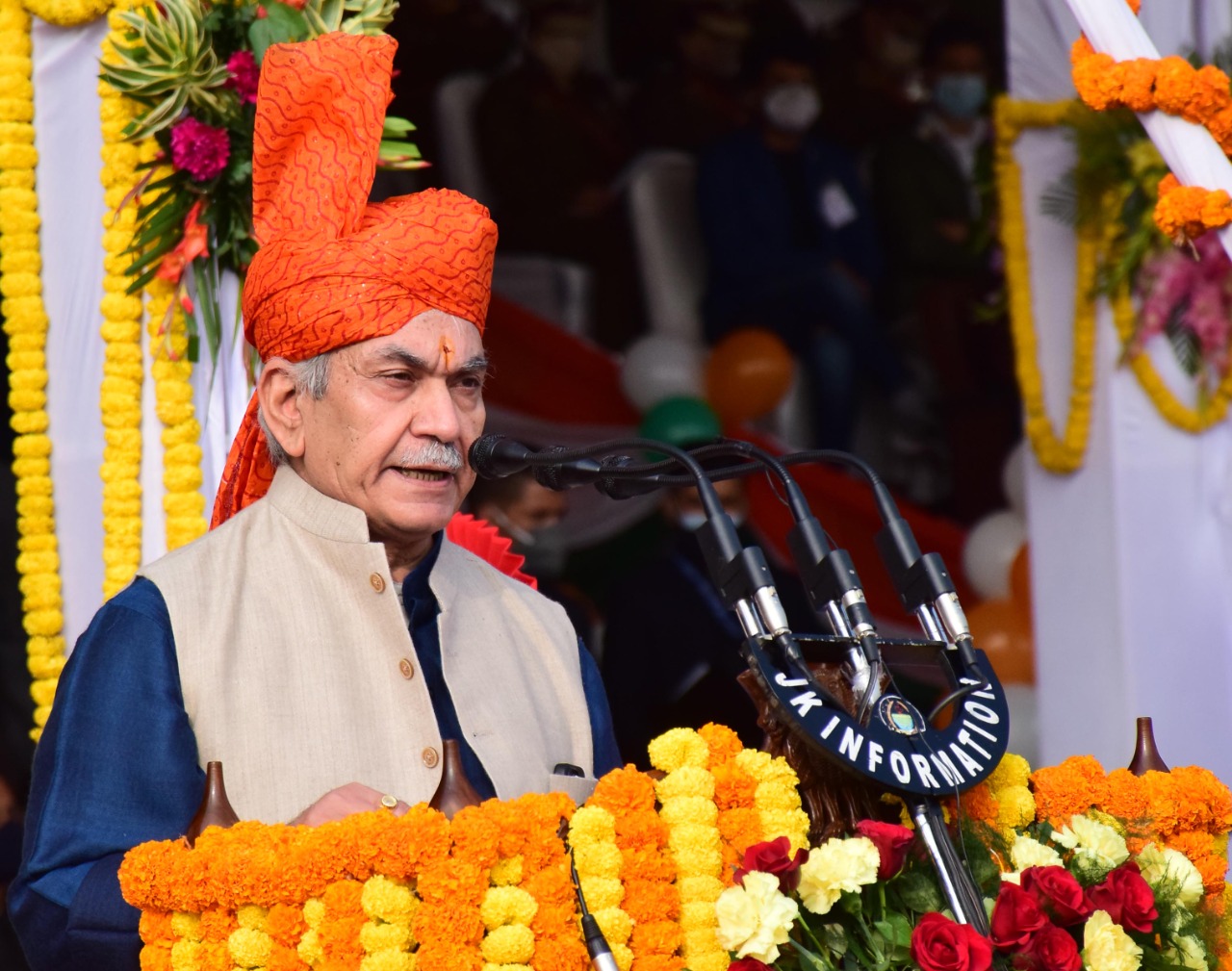 Srinagar, Jun 06: Jammu and Kashmir Lieutenant Governor Manoj Sinha Monday said that militancy was on its “death bed” in Kashmir and some elements on the other side were attempting to create instability as they can’t digest robust growth of economy and huge tourist influx in the Valley.

Talking to reporters on the side-lines of a function at SKICC here, the LG said that people of Kashmir fully understand the current situation in Kashmir and they are collectively up against whatever has happened in the past few weeks.

“When the lamp is about to go off, its flames flare more. Militancy was about to end and was counting its days,” the LG said.

He said that the administration and the security forces were preparing to their full capacity.

“Some elements on the other side are attempting to create instability. They can’t digest the robust economy and tourism here,” the LG said.

He was interacting with the media for the first time after attending the marathon security review meet chaired by the Union Home Minister Amit Shah in New Delhi where all top security officials from J&K and MHA were in a huddle in the wake of target killings in Kashmir.

Militants have been killing members from the Kashmiri Pandit community, non-local labourers and also non-local officials in various parts of Kashmir.

As part of the new strategy, sources said safe-zones will be created for the members of minority community, more deployment of forces in vulnerable areas and where there is militancy threat, will take place.

The LG, who participated in the two crucial rounds of meeting in Delhi, following the killing spree, didn’t share the strategy to be adopted by the UT administration to curb the target killings.

However, he hinted at dealing with the militants more sternly. “We are ready to deal with the situation….,” he said and credited the people of Kashmir for condemning the killings collectively.

Pertinently, the MHA officials have chaired a series of meetings in New Delhi to evolve a joint strategy to be adopted to prevent killings of minorities and non-locals.

As part of the new strategy, sources said safe-zones will be created for the members of minority community, more deployment of forces in vulnerable areas and where there is militancy threat, will take place.

Day and night patrolling, sources said is part of the new security strategy as well.

“There won’t be any security measure that would instill or spread fear among people across Kashmir given the fact that Valley is full of tourists at this stage and all preparations have been made for the upcoming Amarnath Yatra commencing on June 30,” an official privy to the series of meetings held in New Delhi, including the one chaired by Union Home Minister Amit Shah where National Security Advisor Ajit Doval, J&K DGP  Dilbagh Singh besides officers from the intelligence bureau of New Delhi and J&K were present. kno