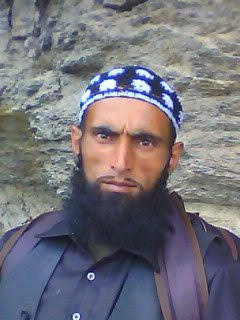 Srinagar, June 05: Police on Sunday claimed to have arrested an active militant of Hizb-ul-Mujahideen oufit in Kishtwar district on Jammu division.

In a statement, the police said that in a major blow to HM outfit Kishtwar Police and 17 RR on 3rd of june 2022 arrested one Talib Hussain son of Late Noor Mohd Gujjar resident of Rashgwari Tehsil Nagseni District Kishtwar.

The police spokesman further stated that Talib Hussain joined militant ranks of HM outfit in the year 2016 and remained active along with other militants of Kishtwar and remained instrumental in reviving of militancy by way of recruiting youths in militancy. But later on,due to some squabble with other HM militants left HM group and remained at large, however, Kishtwar Police worked meticulously on the leads obtained about his whereabouts and pre empted his move to affect the revival of militancy in the area as he got arrested after dodging the police and other security agencies for a long time. He got arrested on 3rd June by Kishtwar police, 17 RR and CTT of 52 Bn. CRPF.

A case FIR 127/2022 under relevant sections of law has been registered in police station Kishtwar and investigations have been taken up, reads the statement.