After two years, first batch of 145 pilgrims leaves for Hajj from Kashmir 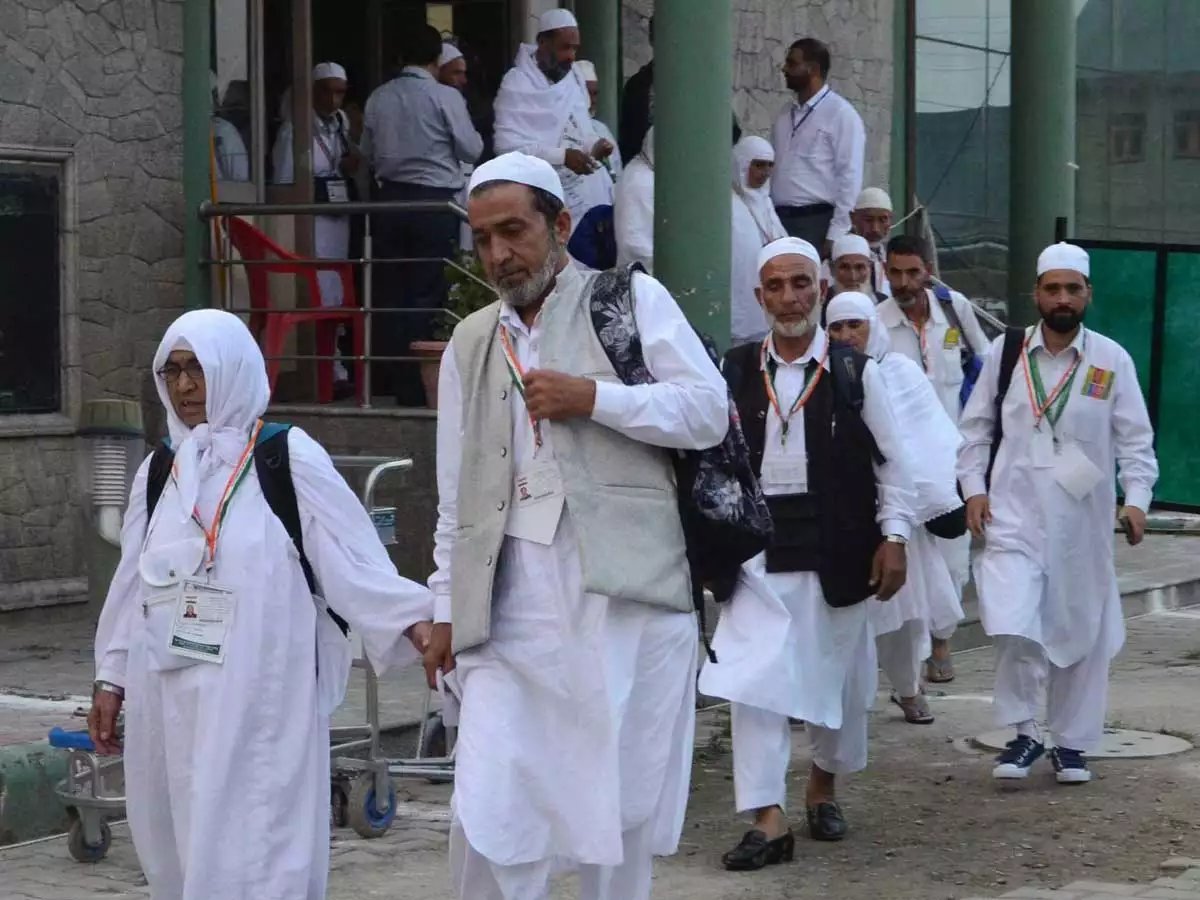 Srinagar, June 5: The first batch of pilgrims from Kashmir Valley for Hajj 2022 left the summer capital of Srinagar on a direct flight to Madina in Saudi Arabia on Sunday. 145 pilgrims boarded the Spicejet from Srinagar at the Srinagar International Airport at 9:50 a.m, an official said.

He said that pilgrims including 80 males and 65 females boarded the flight which was flagged off by Advisor to LG RR Bhatnagar in presence of Principal Secretary to LG J&K, Divisional Commissioner Kashmir and IGP Kashmir.

Around 6000 pilgrims from Jammu and Kashmir are scheduled to perform the holy pilgrimage of Hajj after a Covid-engineered hiatus of two years.

Abdul Salam Mir, Hajj Officer J&K told reporters that all arrangements have been put in place for smooth conduct of the pilgrimage. From Hajj office Bemina here, the pilgrims boarded J&K Road Transport buses to the airport. “We are highly thankful to Almighty Allah for choosing us to perform the pilgrimage.

We had been waiting eagerly to perform the pilgrimage and our prayers have finally been answered,” a pilgrim said before boarding the bus at Hajj office Bemina.gns