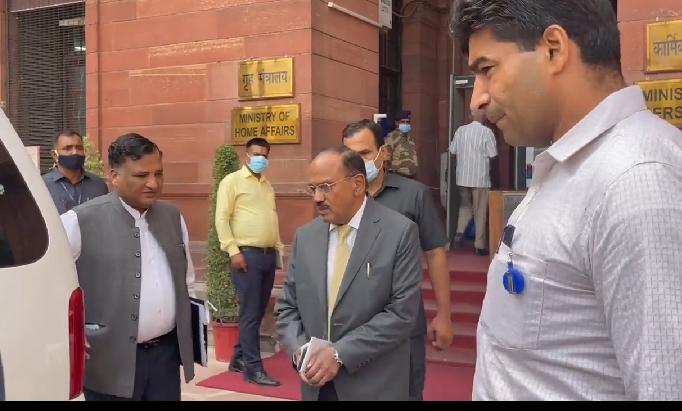 The meeting with Union Home Minister Amit Shah was attended by NSA Ajit Doval, RAW Chief Samant Goel and other officials of the MHA.

Reliable sources in the Ministry of Home Affairs said that slew of measures have been crystalized, after consulting with top brass officers of security agencies, which would be conveyed forth to the Lieutenant Governor Manoj Sinha besides other top officials from J&K Administration.

The meeting between the Home Minister, Ajit Doval and Samant Goel went for more than an hour and was convened after militants killed a Bank Manager Vijay Kumar of Rajasthan in Kulgam this morning. The incident took place just two days after a school teacher from Samba was killed in the Gopalpora area of Kulgam district.

Some directions are likely to be passed by this evening to the UT Administration for its forthwith implementation to stem the targeted killings in the valley, sources informed.

Pertinently, Home Minister Amit Shah would chair the second meeting tomorrow after spree of killings in Kashmir, the second such exercise in less than a fortnight. (KDC)