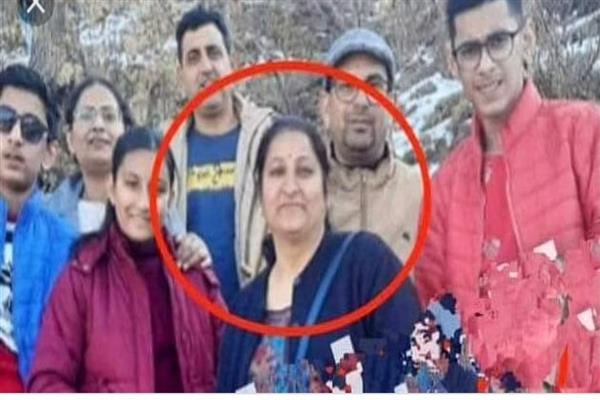 The office of LG J&K on its official Twitter handle said that terrorist attack on a school teacher, Rajni Bala is the most reprehensible act.

“My deepest condolences to the bereaved family. Terrorists and their sympathizers will be given unforgettable response for dastardly attack,” it Tweeted.

Meanwhile, former chief minister and National Conference vice-president Omar Abdullah while condemning the act said that words of condemnation & condolence ring hollow as do the assurances of the government that they will not rest till the situation normalises.

“Very sad. This is yet another targeted killing in a long list of recent attacks directed at unarmed civilians. Words of condemnation & condolence ring hollow as do the assurances of the government that they will not rest till situation normalises. May the deceased rest in peace,” he tweeted.

In another tweet Omar wrote: “Rajni was from Samba District of Jammu province. A government teacher working in Kulgam area of South Kashmir, she lost her life in a despicable targeted attack. My heart goes out to her husband Raj Kumar & the rest of her family. Another home irreparably damaged by violence.”

Former chief minister and senior Congress leader, Ghulam Nabi Azad in a series of tweets said that he is pained over the incident and urged the administration to take stringent measures to safeguard the lives of innocent civilians.

“I am pained to learn about the heart wrenching incidents of targeted killing of two women in Kashmir within one week, Amreen Bhat and Rajani Bala. I strongly condemn the killing of Rajani Bala,” he Tweeted.

In another Tweet he said: “I urge the administration to take stringent measures to safeguard the lives of innocent civilians. I express my sympathies with the bereaved families.”

Meanwhile, Peoples Democratic Party president and former chief minister, Mehbooba Mufti in a tweet said that despite GOIs fake claims about Kashmir being normal its obvious that targeted civilian killings are on the rise & a deep cause of concern. “Condemn this act of cowardice which sadly plays into the vicious anti muslim narrative spun by BJP.”

Apni Party president and former minister Altaf Bukhari while condemning the incident said that it is painful to witness targeted killings of civilians in Kashmir.

“These dastardly acts of violence have devastated families and today a teacher who taught us the difference between good and evil was killed. It’s shocking. Will words of condemnation be ever enough?”.

People’s Conference chairman, Sajad Lone in a tweet termed the killing as cowardice.

“Cowardice has yet again plummeted to shameless depths. A teacher- an innocent female hailing from Samba has been shot dead in Kulgam. May her soul rest in peace.”

Meanwhile, BJP spokesman Altaf Thakur while condemning the attack said that it is yet another dastardly act of terrorism in Kulgam.

“Attacking unarmed civilians, that too women, is no bravery but an act of frustration.”

Notably, female teacher from Samba, who was posted at Kulgam, was shot dead by militants inside government high school in Gopalpora village of Kulgam.kns