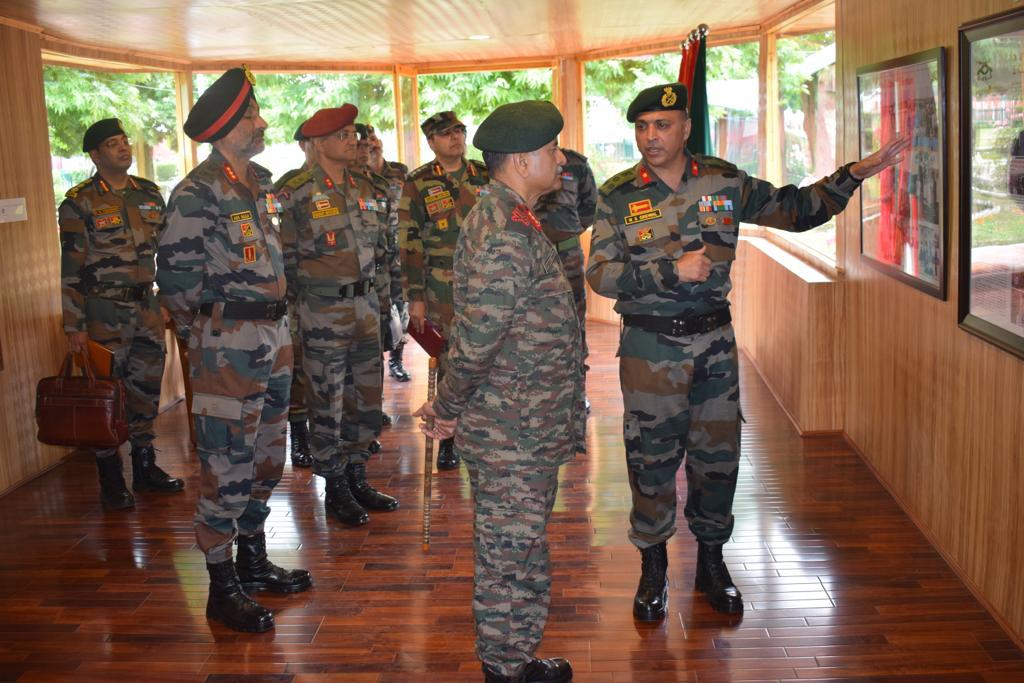 He would be visiting forward posts on the Line of Control and the hinterland to review the overall security situation in the Kashmir Valley.

“He was briefed on counter [militancy] grid, development works and operational preparedness for Amarnath Yatra”, said PRO Defence in a statement.

The Army Commander during his interaction with the troops over tea complimented the soldiers for the conduct of just operations with precision, ensuring zero collateral damage.

He was appreciative of the excellent Soldier – Citizen-connect activities, which have resulted in overall reduction in the [militant] recruitments, the statement reads.

The Army Commander arrived at Chinar Corps Headquarters later in the day.

He was briefed by Lt Gen ADS Aujla, GOC Chinar Corps on the overall security situation and measures instituted to counter adversaries’ design, concludes the statement.