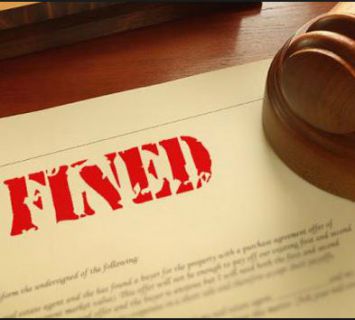 Srinagar, May 18: Srinagar Court Wednesday imposed a fine of rupees five thousand on a violator for modifying his vehicle without seeking prior permission from competent authority.

After hearing assistant public prosecutor and defence counsel, the Court of Additional Special Mobile Magistrate (Traffic) presided over by Shabir Ahmad Malik observed that the violator has modified his vehicle “Thar”.

“The structure of the vehicle has been completely modified/altered, from its original position as specified in the registration certificate (RC) of the vehicle,” court said.

“The violator has contravened the provision of M.V Act, therefore after considering the fact that no previous violation has been proved and after taking a lenient view, a fine of Rs 5000 only, is imposed and in default of payment of fine he shall suffer one-month simple imprisonment,” the court said.

The Court directed Regional Transport Officer (RTO) Kashmir to remove all the modifications those were done in contravention to the provisions of Motor Vehicle Act and restore the vehicle (Thar) to its original position as specified in the Registration Certificate (RC).

“The cost of removing the modifications and restoring the vehicle to its original position shall be recovered from the violator. However, the equipment so removed shall be returned to the violator against the proper receipt,” Court added.

It said that the entire incident shall be videographed and the same shall be submitted before this court.

“The vehicles after it is restored to its original position shall be released in favor of the violator/rightful owner.”

Court observed that due to lack of awareness and no strict action against traffic violators are reasons for violation of MV Act, adding, “therefore it’s imperative to simultaneously strict action as warranted under law must be taken against violators.”