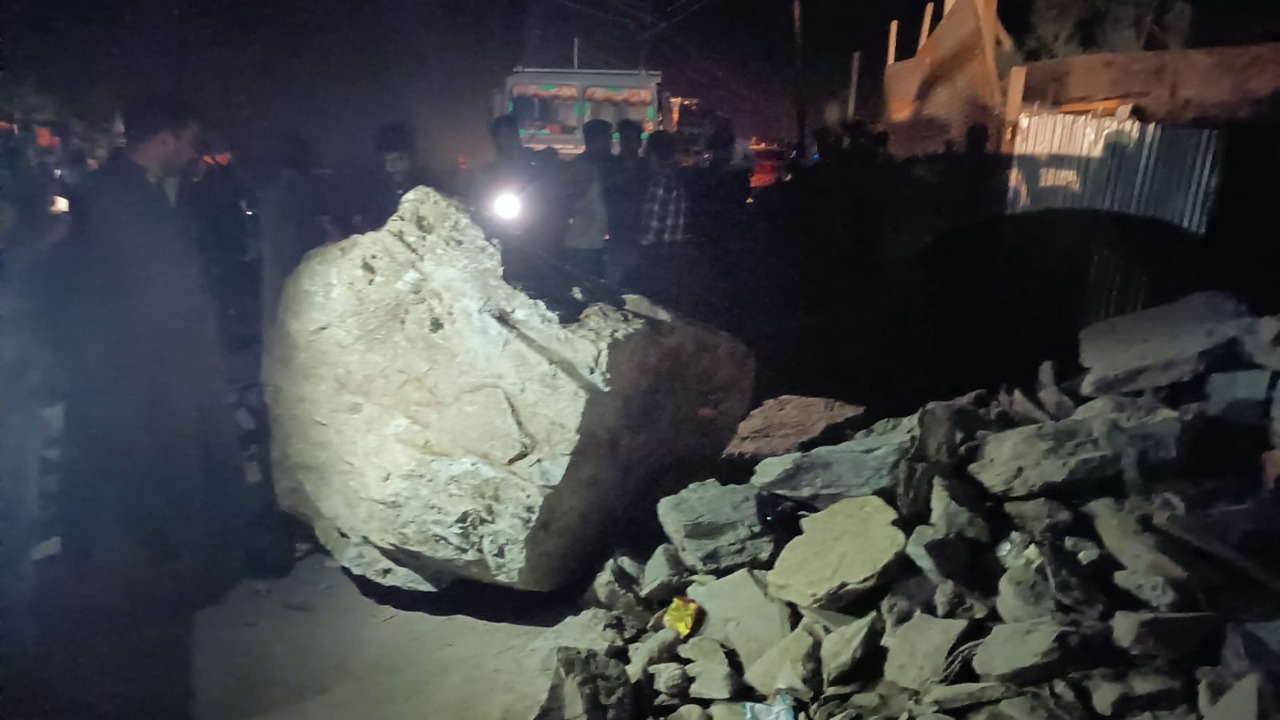 Ganderbal, May 18: Srinagar-Leh Highway was blocked late Wednesday night due to a massive rock slide near Rezan area of Central Kashmir’s Ganderbal district, where construction work on Z-Morh Tunnel has been going on in full swing.

Local sources said that six families had a close shave due to the occurrence of the rock slide. They said the rock, fortunately, didn’t strike the houses and stopped on the road, blocking it completely.

The road is impassable, locals said alleging that work during the night on the Z-Morh tunnel has threatened their lives. They appealed to officials to allow the construction work during the day only.

Locals said that construction company officials along with the police from Gund and Gagangeer police chowkis rushed to spot and pacified the fear-stricken families.

An official said that the vehicles will ply the highway once the massive boulder will be removed in pieces.knt