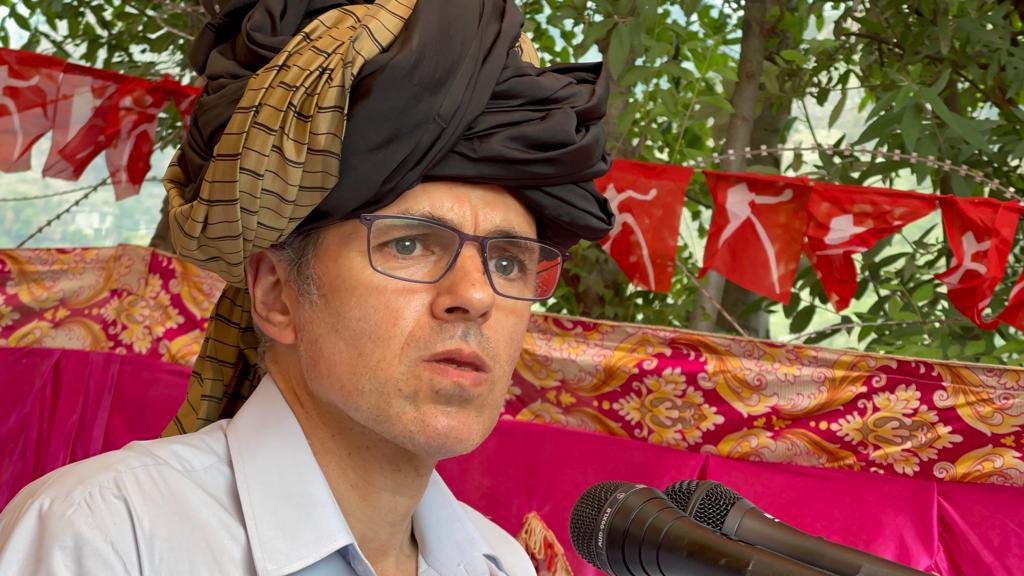 Jammu, May 18: National Conference Vice President Omar Abdullah on Wednesday said the claims of the government with regards to development and employment generation is contrary to ground situation.

Addressing a one day public convention at Kotranka, Rajouri Omar urged the people to maintain communal harmony and brotherhood and reject those who are conspiring to divide people on the basis of religion, region and ethnicity. “The reality is that all the claims made by them have fallen flat as there was no benefit of its decision on the ground. They talked about development, investment, jobs, peace and end to militancy but none of this happened over the past nearly three years,” he said.

“What we see in the media, hear from the government is not visible on the ground. It was claimed that Articles 370, 35-A  and regional parties were halting the region’s development prospects. To achieve this end, the incumbent government stripped the region of its status, downgraded it to UT, bifurcated it. The promises which were made by the ruling dispensation in the run up to the decisions aren’t visible to any eye.” he said.

“I’ve never seen any government, which is so daunted by a single word of criticism. People cannot seek answers from the government. There is no accountability. Had there been any achievement in the kitty of government, we would have certainly praised it. So far there has been none,” he said adding, “People across Jammu and Kashmir are suffering from the double whammy of inflation, development deficit and unemployment. The irony here is that people aren’t even allowed to ask questions.”

“Let alone ushering development and bringing investment, the situation with regards to basic facilities and public utility services in J&K, particularly Pir Panjal is deplorable. It is not the rich who are suffering, it is the poor who are at the receiving end of it. Usually people would flock to public representatives to have their issues redressed but these days they are at sea as to where to go to have their issues redressed,” he added.