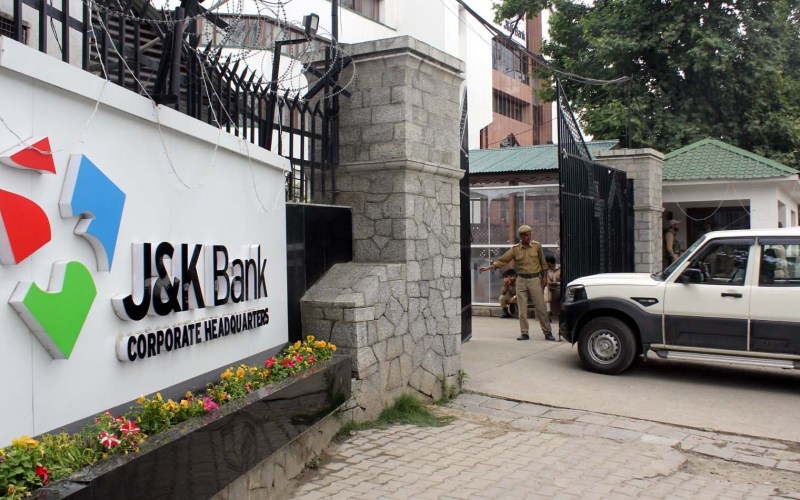 Srinagar, May 10: A preliminary enquiry conducted by the Anti-Corruption Bureau (ACB) into purchase of a building for Rs 180 crore by the J&K Bank in Mumbai in 2010 has revealed that there was no requirement for purchasing building and the lowest bidder was twice ignored by the Bank.

Documents reveals that preliminary enquiry conducted by the ACB has revealed that on November 6, 2018, an advertisement was issued by the J&K Bank for purchasing 20,000 square feet integrated office premises at Bandra Kurla, Mumbai

According to the documents, offers were received from 25 builders and the committee constituted for the task shortlisted eight buildings. “The spot inspection of the shortlisted properties was conducted on 13.12.2008 by a high-level committee of J&K Bank. Amongst these eight parties, the rates offered by Ashapura Builders (Hallmark Business Plaza) were the lowest (Rs 25000 per square feet),” reads the documents.

The ACB probe further revealed that on July 28, 2009, a letter was received by the J&K Bank from M/S Ashapura Builders indicating therein its willingness to offer 3rd floor of the building measuring 30,000 square feet built up area @ Rs. 22,500 per square feet chargeable area.

“The application was processed and submitted to then chairman to take a decision but no decision was taken regarding finalization of contract with M/S Ashapura Builder owners,” reads the documents.

The ACB enquiry further revealed that upon directions of corporate headquarters J&K Bank, the zonal head Mumbai published another advertisement on January 14, 2010 wherein it was mentioned that J&K Bank required premises on outright purchase basis having office space comprising of about 25000-30000 square feet and residential flats in or around Andheri(15 single BHK 600-800 square feet  and 10 double BHK 1000-1200 square feet).

Subsequently, 23 offers were received  and M/S Ashapura Builders was again quoted lowest rate @ Rs. 25,000 per square feet.“It has been found that no heed once again was paid to the lowest rates offered by the said builder,” reads the anti-graft body’s report.

On February 25, 2010, It has been found that in the board of directors meeting, the director estate committee briefed board members about site inspections of the shortlisted properties conducted by the estates committee, reads the report.

“The members were informed that among the shortlisted properties, Akruti Gold BKC meets requirements of the bank. He further informed the members that total chargeable area of the entire building was around 42000 square feet area  and the rate quoted for the sale was Rs 26000 per square feet area which roughly works out to Rs. 109 crores for the entire building and Rs 73 crores for the proposal six floors. The members of the Board accorded approval to the proposal and decided that Bank should enter into negotiations with the builders on purchasing entire building. Accordingly, negotiations were held with the builder Akruti Gold BKC and finally the rate was finalized @ Rs 26000 per square feet for nine floors having total chargeable area of 63776 square feet.  A letter of intent was signed with the builder and a token money of Rs 25 Crores was paid to developer Vishal Techno Commerce Limited, “reads the report.

Enquiry conducted has revealed that there was sufficient space available with J&K Bank fur for functioning of Branch Bandra Kurla, Zonal Office and Treasury, as such there was no requirement of purchasing any additional accommodation.

“The Zonal office Mumbai, Branch Bandra Kurla and Treasury were already functioning in the Bank’s own buildings,” reads the report. kno