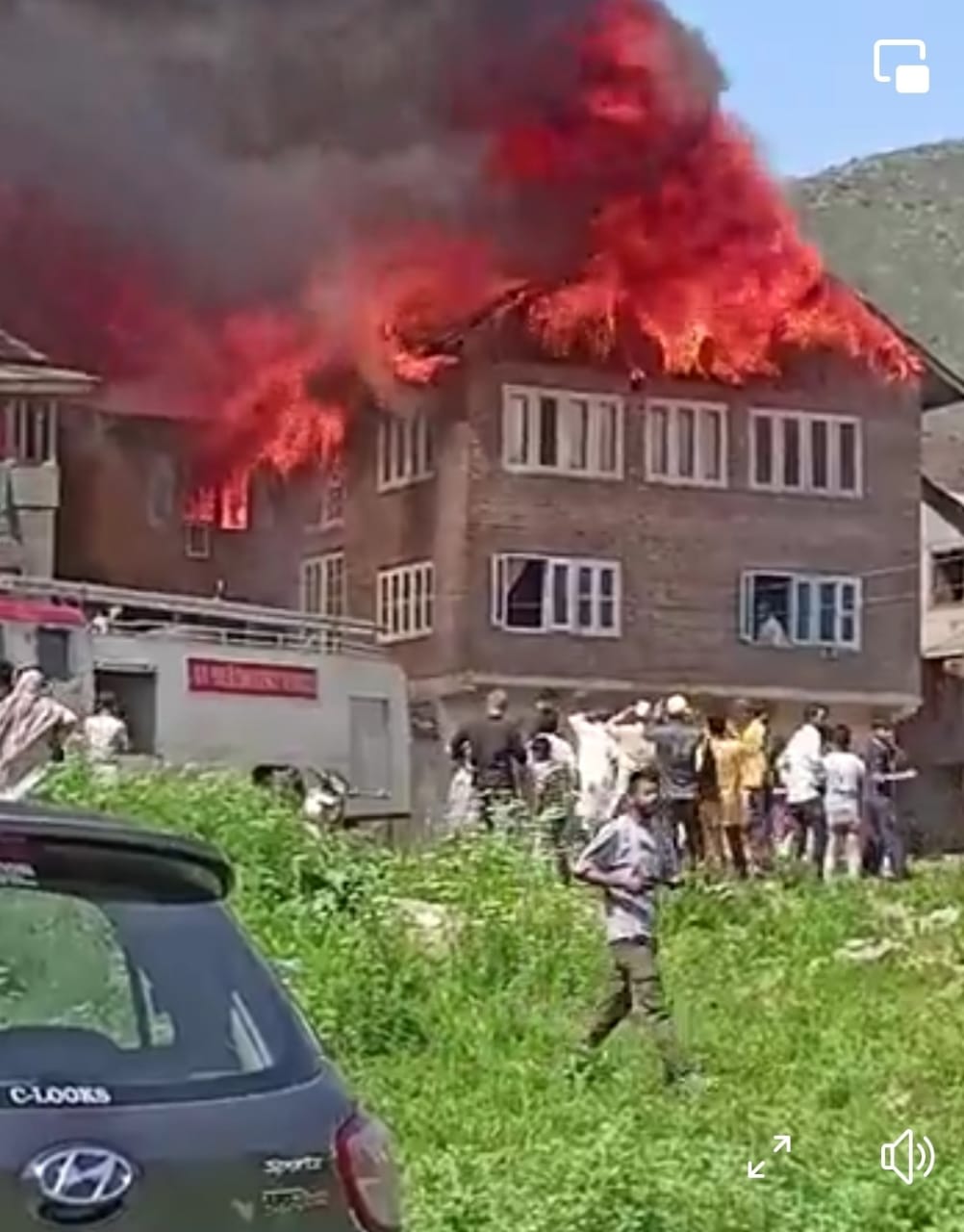 Official sources told GNS that a team of police and fire officials reached the spot soon after getting the information.

They said that fire started in a residential house and engulfed at least three others in no time. When this report was filed, the flames were brought under control by fire and emergency department with the help of police and locals.

A fire and emergency department said  said that 8 tenders were rushed to the spot. Reason for fire was not immediately known and is being investigated, officials said. There are no reports regarding injury to any person in the incident. gns