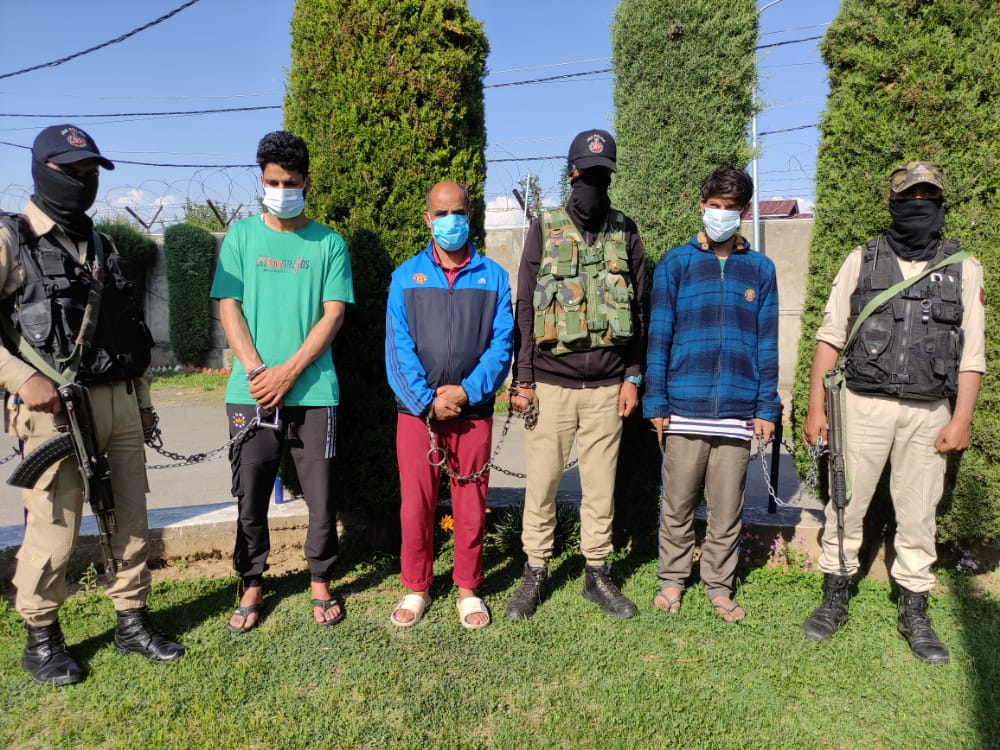 Srinagar April 26: Police on Tuesday claimed to have busted a Hizb militant module by arresting three of its associates, who were also involved in killing of Panch in Kulpora area in South Kashmir Kulgam district.

A police spokesperson in a statement to GNS said that On 2nd March militants shot dead a Panch namely Mohd Yaqoob Dar son of Gh Mohd Dar resident of Kulpora Kulgam. In this regard, a case with FIR No. 27/2022 under relevant sections of law at Police station Kulgam was registered and investigation got conducted through a special investigation team.

The spokesperson further stated that the directions included to conduct recee of the Panch’s presence, arrange transport and provide logistics to execute the militant act.

After strenuous efforts, Kulgam police arrested above mentioned militant associates involved in this militant crime and also seized 02 Grenades and 1 Pistol with 08 Rounds.

It is pertinent to mention that the said module is linked with already busted (HM) militant module involved in the killing of sarpanch namely Shabir Ahmad Mir son of Mohd Abdullah Mir resident of Audoora Kulgam on 11th March of this year, he said.

The investigation of the case is going on and based on the investigation more arrests and recoveries are also expected. Efforts are on to neutralise the militants involved in this heinous crime, reads the statement.