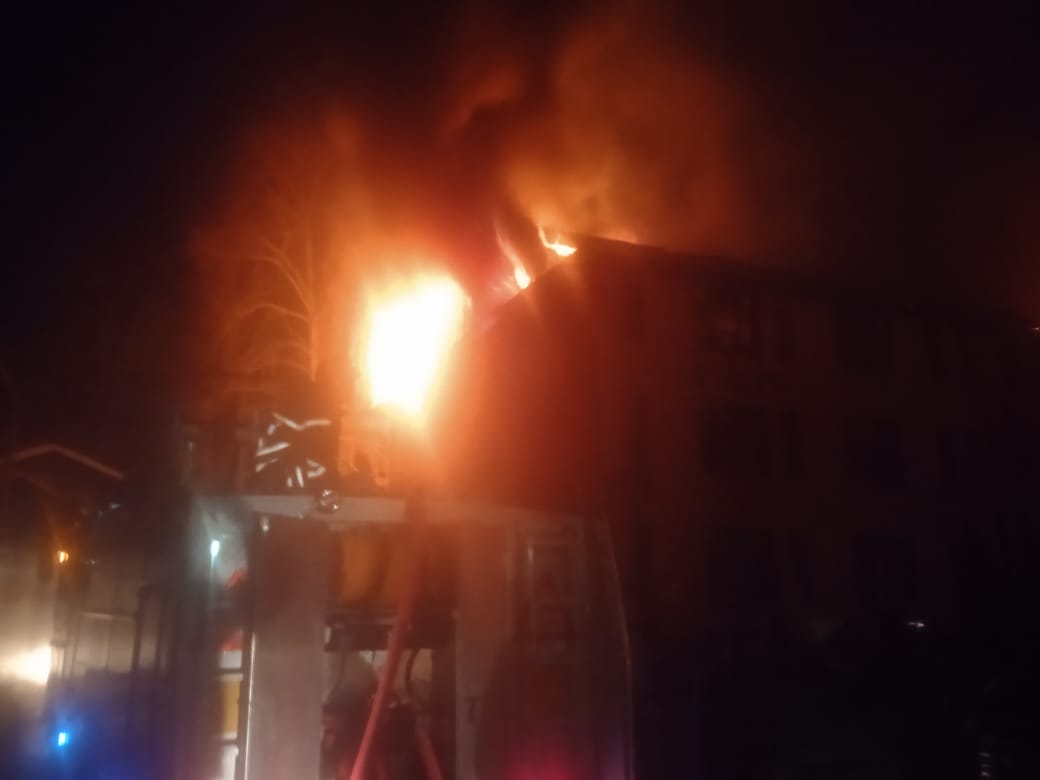 Srinagar, Apr 26: At least eight residential houses received damage in a conflagration which broke out in Kanimazar locality of Nawa Kadal area in central Kashmir’s Srinagar district this evening.

An official said that a fire broke out in a residential house at around 7:35 PM and soon after spread to other structures in vicinity. Despite timely efforts launched by Fire and Emergency Department alongside locals, at least eight houses received substantial damage in the inferno, the official said.

“The area is highly congested which hindered the rescue operations”, he said.

Meanwhile a Fire and Emergency Department official said  that around eight houses have received damage in the incident. “Three of our employees also received minor burn injuries and were given first-aid at the site”, the official said.

It has been independently learnt that few civilians have also received burn injuries in the incident, though the veracity of such reports could not be immediately ascertained. gns