11 Cattle Burnt Alive After Fire In Cowshed In Poonch 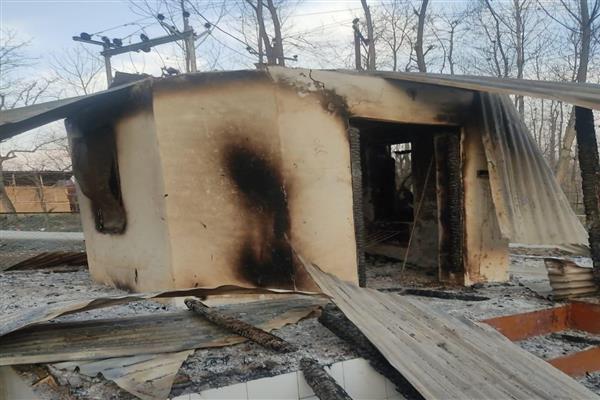 Srinagar, April 28: At least 11 cattle were burnt alive after a fire broke out in a cowshed at Kallar Kattal in Surankote area of Poonch district on Wednesday morning.

Official sources told GNS that the cowshed belonging to Mohammad Fazal son Wazir Mohammad caught fire due to unknown reason at around 8 a.m. today. Soon after, villagers rushed to the spot and were able to douse the flames after much effort. However, three buffaloes and eight goats kept inside the shed were burnt alive.

SHO Surankote Niaz Ahmed confirmed to GNS the incident and said that investigations have been launched into it. gns