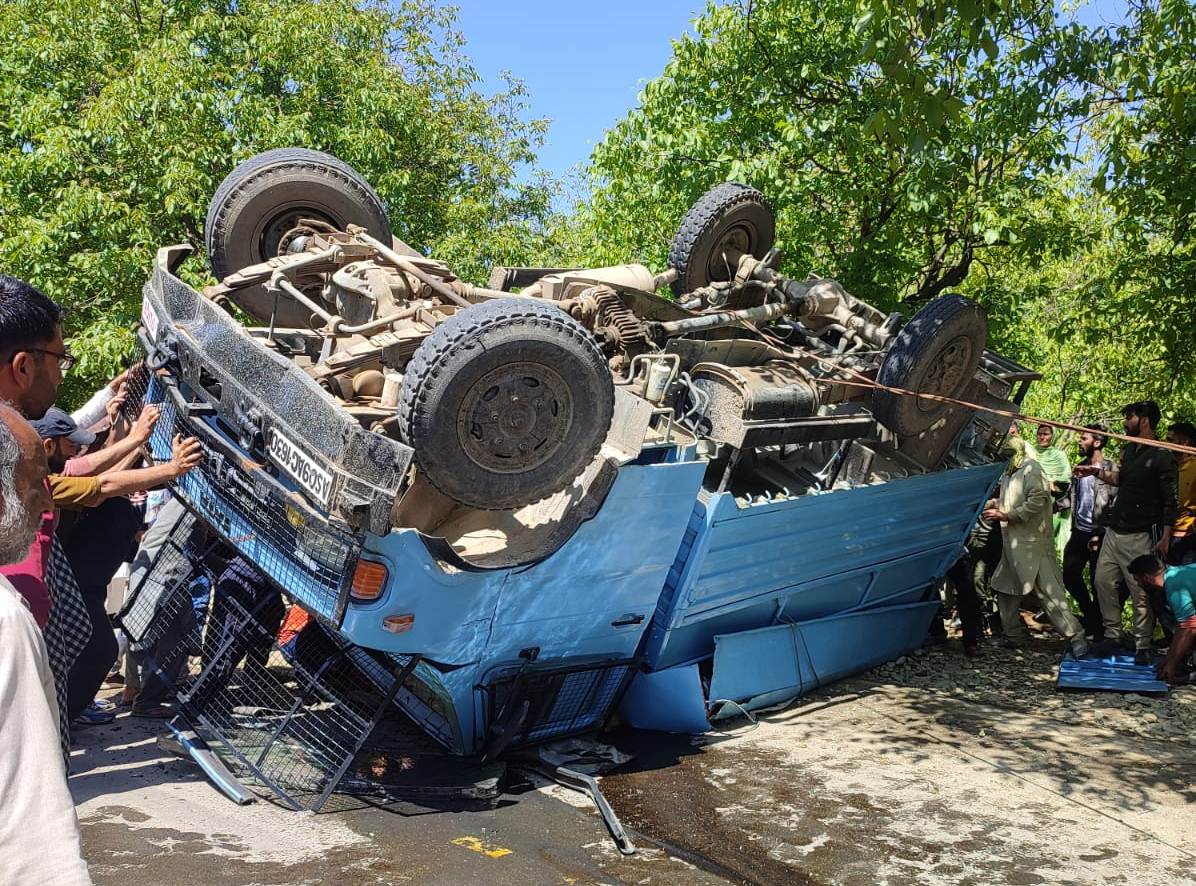 Srinagar, April 26: At least six paramilitary CRPF personnel were injured, one of them critically, when a vehicle was they were travelling in turned turtle after collision with a truck in Shopian district of south Kashmir on Tuesday, officials said.

They said that that the accident took place in Zainapora area of the district and six personnel of 178 batallion CRPF were injured. All of them were shifted to hospital. While five personnel suffered minor wounds, one sustained serious wounds.

A police official told GNS that a case has been registered in connection with the accident. gns