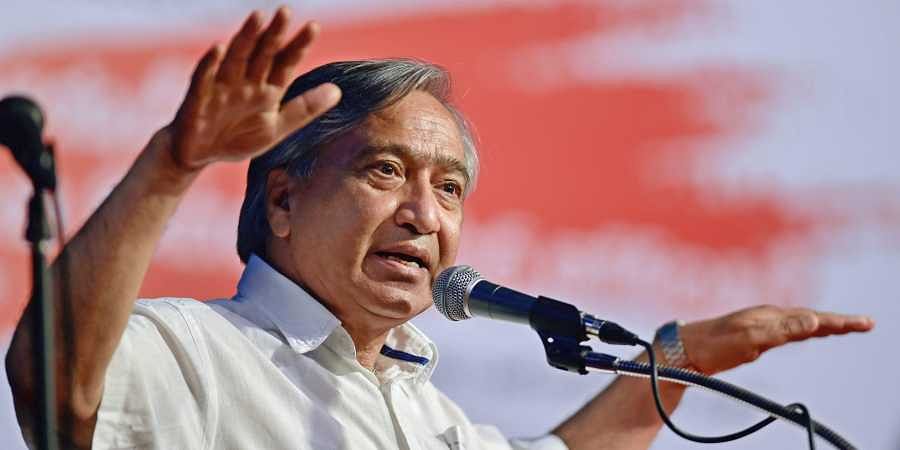 Srinagar, Apr 25: CPI (M) senior leader and former Kulgam legislator, Muhammad Yousuf Tarigami on Monday said that the Panchayati Raj system is not new in Jammu and Kashmir, but it existed even before the partition here and that the government must not push the people towards the wall.

Addressing a press conference at his Gupkar residence, Tarigami said that the Prime Minister has made an appeasing statement for the youth, but questioned why several youth were put behind the bars ahead of visit.

“The Prime Minister has made tall claims to appease the youth, but it won’t serve the cause as there is a need to change the ground situation. What matters for the youth is to provide them employment, ensure a free atmosphere for them and give them security,” he said.

“I want to inform the government that the anger is increasing and don’t push them to the wall. Also, don’t consider silence as normalcy,” Tarigami said.

He added that the government is beating the drums with regard to the Panchayat Raj system here, but the fact is that it is nothing new in J&K as such a system was already existing in the Union territory even before the partition.

Tarigami further added that the government at present is claiming about the new Kashmir, but the fact remains that this all existed in 1944, which is the outcome of the peoples movement.

He added that the implementation of GST was a big blow to the federal structure of India. “The government has claimed that the States will get their share under GST, but nothing has been given to the States so far,” he said.

Tarigami further said that the situation has changed on the ground as the Governors at present have become parallel centres in States especially the places where opposition governments exist.

He further stated that the Prime Minister in a meeting of J&K leaders said ‘Doori door Karni Hai’, but unfortunately nothing happened on the ground.

About the present power scenario, Tarigami said that the government should intervene and the 50 per cent of electricity being generated from J&K should be given to the consumers here so that the people could heave a sigh of relief. “At present 45 per cent electricity supplied to different states is being generated from J&K and the government should intervene to provide at least 50 per cent to the consumers here,” he said.