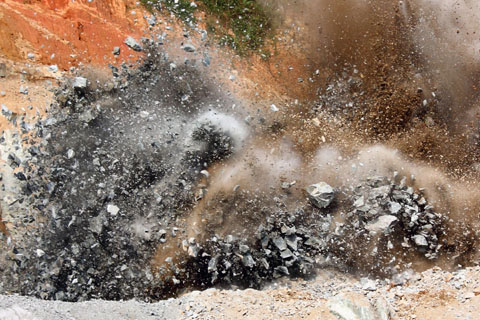 Jammu, April 24): Two persons were injured in a mysterious blast in Budhal area of Rajouri on Sunday, official sources said.

They said that there was mysterious explosion in Shahpur area of Budal, Rajouri when a marriage party was over. Two persons, Buland Khan son of Saied Mohammad of Jaglanu and Jasbir Singh son of Balwan Singh of Mohra, both private event caterers, were injured and shifted to hospital. While this is fourth mysterious blast in Budhal Rajouri in last one month, officials said that a police team rushed to the spot soon after receiving the information and started investigations.

A police official confirmed the blast and said that investigations will ravel nature of the blast very soon. gns