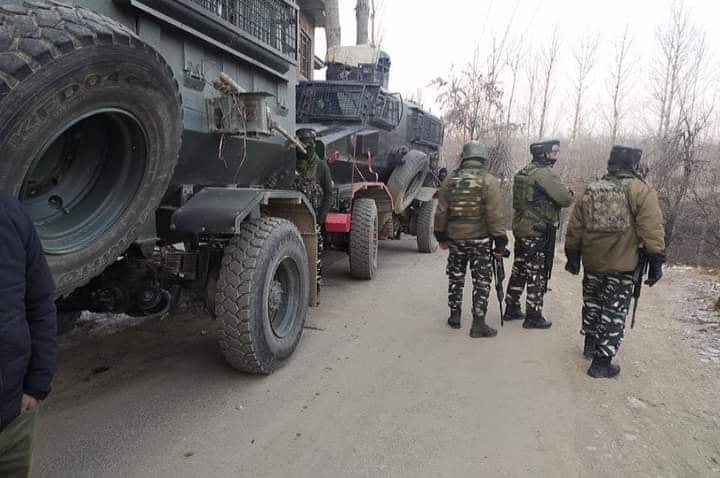 Srinagar, April 23: Two Jaish-e-Mohammad militants were killed in an ongoing encounter with a joint team of police, army and CRPF at Mirhama area of South Kashmir’s Kulgam district on Saturday, officials said.

“Based on specific input generated by police regarding presence of (militants) in Mirhama area of Kulgam, a joint cordon and search operation was launched by Police and Army (09RR) in the area,” a police spokesman said in a statement.

During the search operation, he said, as the search party proceeded towards the suspected spot, the hiding militants fired indiscriminately upon the search party which was retaliated “effectively”, leading to an encounter.

“In the ensuing encounter, two (militants) of JeM outfit killed so far and their bodies have been retrieved from the encounter site,” he said, adding, “Based on the credible source report and as per physical appearance, both the killed seem to be Pakistani JeM (militants). However, their identification is being ascertained.”

He said incriminating materials, arms and ammunition were recovered from the site of the encounter.

“Later on team of CRPF also joined in the operation. All civilians have been evacuated from nearby houses and cordon has been strengthened,” he said, adding, “Encounter will be resumed in the first light tomorrow morning. Further information will be shared accordingly.”

Later IGP Kashmir Vijay Kumar, the Kashmir Police Zone tweeted, “The killed JeM militants have been identified as Sultan Pathan & Zabiullah, both residents of Pakistan. They were categorised militants & active since year 2018 in the areas of Kulgam-Shopian districts”.