Government is hellbent on economic disempowerment of Jammu and Kashmir: Mehbooba 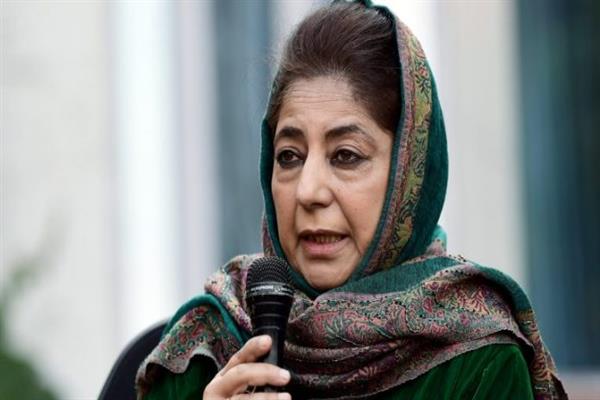 According to a statement, the delegation highlighted the ramifications of the said move which can systematically decimate their sales, destroy their market share and pulverize the local economy.

” Competing with behemoths like Reliance having deep pockets, logistical advantages and facilitation by the system is simply not possible for us and will eventually destroy us. Majority of us get working capital from banks and run on cash credit accounts, if our market share is destroyed we will default and these corporations will act as ‘Vulture Capitalists’ and devour us,” the delegation emphasized.

Acknowledging the concern of the delegation Mehbooba Mufti said that the government is hellbent on economic disempowerment of Jammu and Kashmir.

“On one hand the Administration is hounding the business community of J&K through ED,CBI,NIA and on the other it continues to facilitate crony capitalists to grab up everything at cheap prices in the distressed economy. Entire J&K has been put on sale for the people from outside. They want to target our self-sufficiency,” Mehbooba said.

Mehbooba gave a patient hearing to the delegation and assured them of all possible help. On the occasion PDP President urged Lieutenant Governor to intervene in the matter.kns