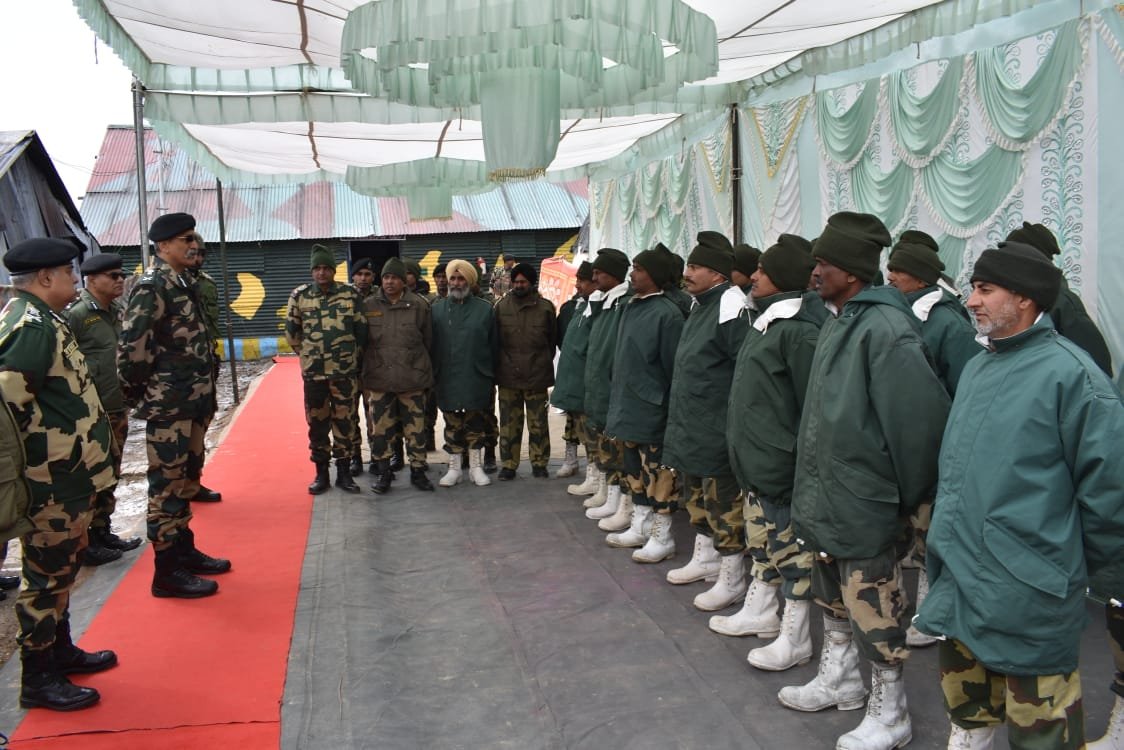 According to a statement, the visiting team was briefed about the prevailing operational scenario and the preparations for the coming months at 53 Infantry Brigade by Colonel Mayank Shukla and A K Vidyarthi, DIG, SHQ BSF, Kupwara besides by Devender Kumar, Commandant 140 Battalion BSF.

DG BSF, the statement reads, expressed his satisfaction on the operational preparedness of BSF and synergy between Army and BSF.

The visiting officer later on interacted with the troops and got a firsthand idea of the prevailing situation and issues concerning the troopers, the statement reads adding he was apprised by Commandant 140 Battalion BSF of the hardships being faced by the troops while working on high altitude and also the zeal and enthusiasm of BSF troops in performing their assigned task.