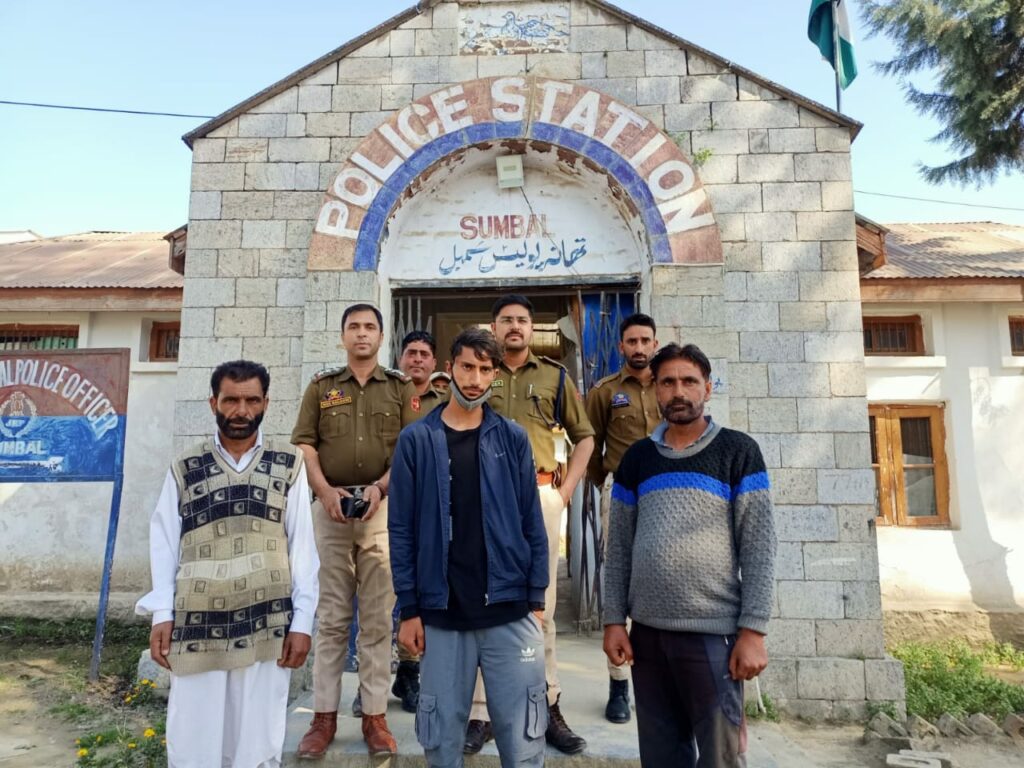 Srinagar, Apr 1: Jammu and Kashmir Police Friday said to have traced a missing youth hailing from Poshwari in Naidkhai village of north Kashmir’s Bandipora district, days after he went missing from his home.

A police official from Sumbal Police Station said that they received a complaint from a family, stating that their 22-year-old son namely Zubair Ahmad Bhat, son of Abdul Qayoom Bhat, a resident of Poshwari Naidkhai, has gone missing since 27-03-2022. The family maintained that despite efforts, the whereabouts of the youth could not be located, the official said.

He said, accordingly, a missing report was registered and investigation was initiated, adding acting swiftly on this complaint a search was launched to trace the missing youth, the official said

The traces and leads were further developed and after strenuous efforts, a police team was able to trace the said missing youth within hours from Banihal.

“The youth was subsequently recovered and after proper investigation handed over to the family”, the official further said. gns