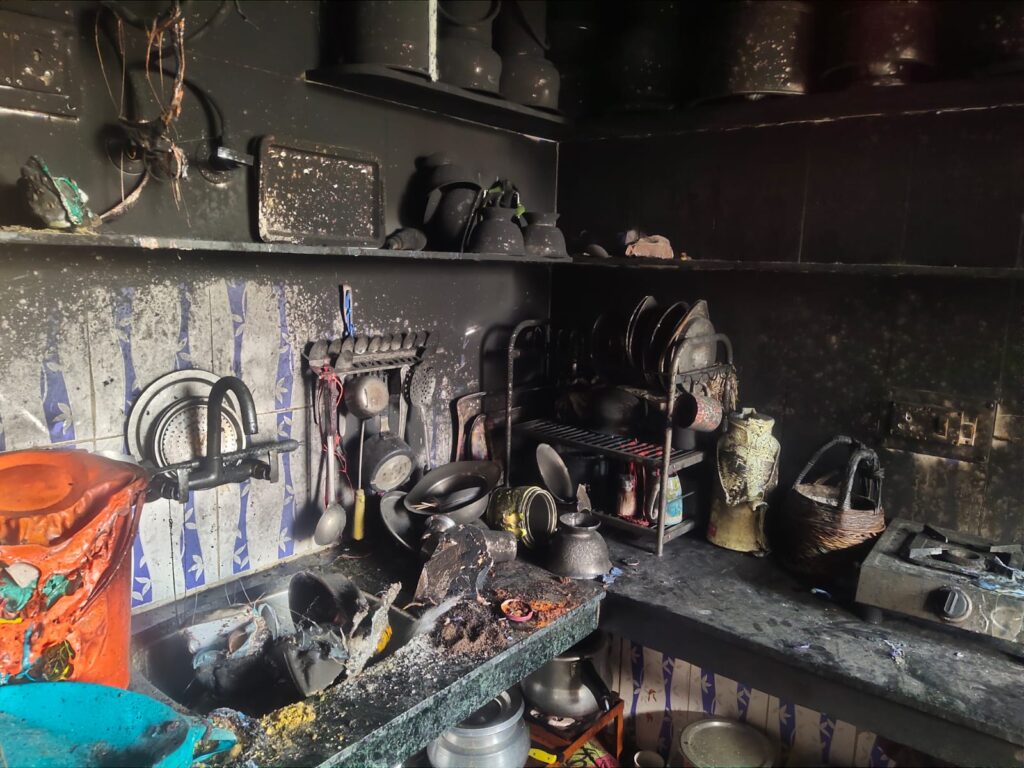 Srinagar, March 31: At least twenty-two houses were gutted and four persons were injured in a massive fire in Gata Colony in Noorbagh area of Srinagar district overnight, officials said on Thursday.

They said the fire broke out due to a short-circuit in one of the houses and spread quickly to others, damaging 22 of them and a tin shed. Eleven of the houses damaged were single-storey, ten were double-storey and one was a 3-storey structure, they said.

They said that fire brought control and three persons—Manzoor Ahmad Sheikh, Tahir Ahmad Sheikh and Tanveer Ahmad Sheikh—and a firefighter received injuries in the incident and were hospitalized.

In all 33 families were residing in these houses and have been rendered shelter less in the devastating blaze, the officials said .

Preliminary investigation suggests that the fire erupted due to short-circuit but a detailed inquiry was underway to conclude the reasons behind the fire, the officials added. gns