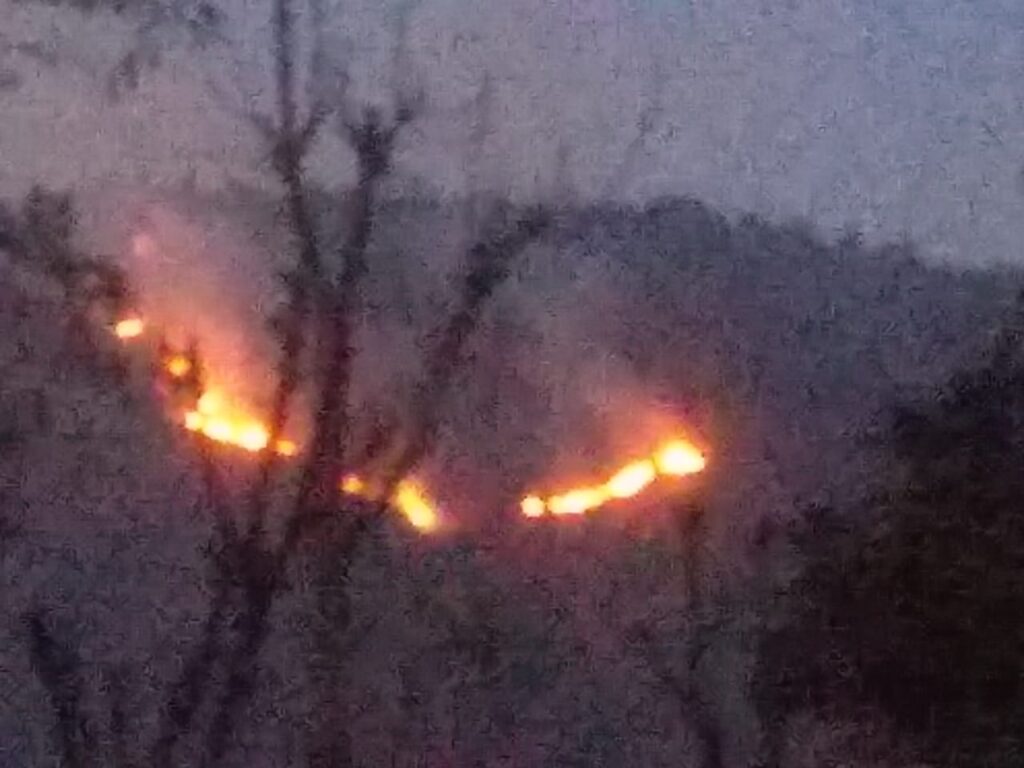 Uri, Mar 30: Hundreds of green trees in forest area of Bijhama Boniyar were reduced to ashes in a devastating forest fire which broke out on Tuesday morning.

According to locals a fire broke out in the forest area in Bijhama, falling in proximity to Government Higher Secondary School. “Soon after the Wildlife Department, custodian of the said forest area, visited the site to contain the fire, however they left in the evening with the fire still going on in the area”, the locals said adding the flames intensified by later in the evening prompting the locals to make efforts to douse off the raging fire.

“After hours of strenuous efforts by the locals, especially youth, the fire was contained to a greater extent”, they said.

“There was however huge damage caused to green trees mostly of which included new plantations”, they said.

When contacted, a Wildlife Department official said that soon after receiving information, a joint team of Social Forestry, Police and Wildlife Department reached the spot to control the fire. “We tried our best to contain the spread of fire, however the flames were simultaneously raging on several spots which made it difficult for us to put it off altogether amid ongoing dry weather”, the official said.

“It seems handiwork of some miscreants who might have put the bushes on fire, which ultimately spread to a wider area”, the official added. gns