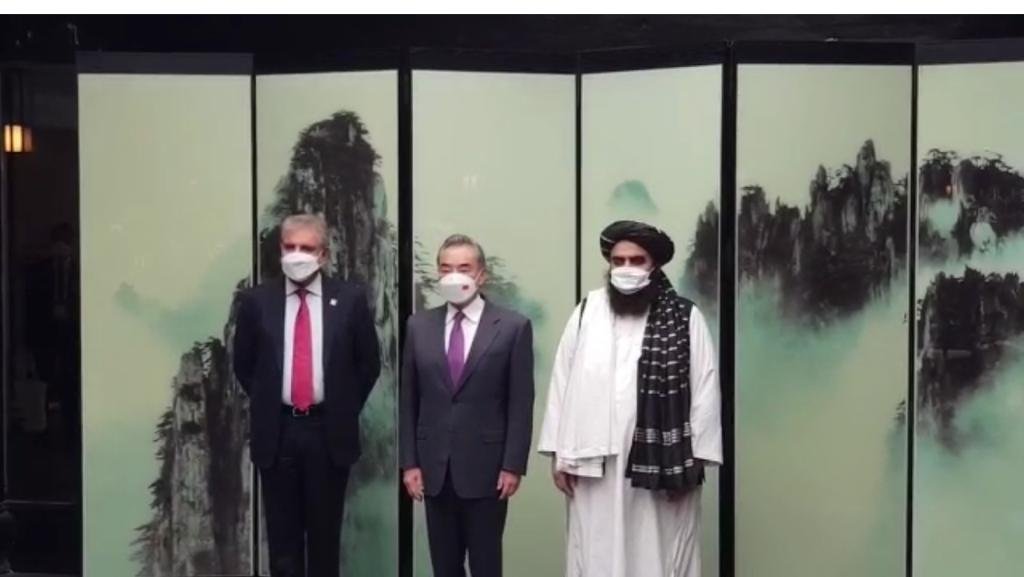 A delegation of the Islamic Emirate, led by the acting Minister of Foreign Affairs, Amir Khan Muttaqi was invited to participate in the talks to be held on the sidelines of the meeting.

“At this trilateral meeting held in China, the Chinese Foreign Minister Wang Yi said he is interested in the trilateral meeting, thus the three ministers through this mechanism continue their cooperation,” the Foreign Ministry said on Twitter. “Mr. Wang Yi called for the extension of political and economic cooperation between these three countries.”

Hossein Amir-Abdollahian, the Foreign Minister of Iran, said on Twitter that Afghanistan deserves more cooperation and attention of foreign countries.

“I am glad to be in China to participate in the foreign ministers meeting of Afghanistan’s neighboring countries. Afghanistan deserves further attention of the international community. Iran and China stresses independence, unity and people’s right to chose their destiny and hope to see a stable, developed Afghanistan with good engagement with its neighbors” he said.

Political analysts believe that the participants of the meetings on Afghanistan are pursuing their personal interests.

“All the regional and world meetings have been political and all the countries who participated were after their personal gain,” said Javid Sangdel, an international relations’ analyst.

The Islamic Emirate expects the result of the China meeting to benefit Afghanistan.

“There will be good progress in diplomatic, economic, trade and other matters and we will reach a level to overcome the problems,” said Bilal Karimi, deputy spokesman for the Islamic Emirate.

This comes as Reuters reported that a meeting between the representatives of US, Russia, China and Pakistan will be held on Afghanistan in Beijing next week. (Tolo news)