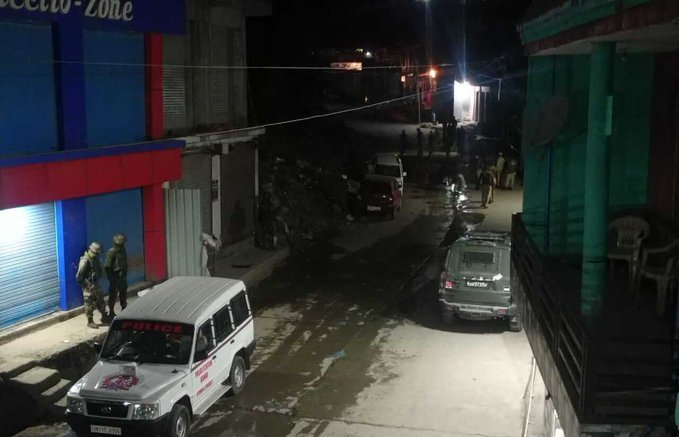 Srinagar, March 27: Less than 12 hours after being fired upon by militants, the 23-year-old youth from Chudbugh area of central Kashmir’s Budgam district lost battle for life at a hospital here, officials said on Sunday.

The youth—Umar Ahmad Dar along with his SPO brother were fired upon by militants on Saturday late evening at their residence. The SPO, Ishfiq Ahmad Dar (26), posted in Budgam, was declared brought on arrival by the doctors at SKIMS Bemina here. Umar, who is said to be a student, was grievously injured and admitted to the hospital. He succumbed to the injuries early this morning, Medical Superintendent of the hospital Dr Shifa Deva told GNS.

Meanwhile, authorities have decided to suspend train service from Banihal to Barmulla and vice versa to prevent any accident near Nadigam. Official said that the residence of the killed duo falls in close vicinity of the railway track and the decision has been taken keeping in the safety of the people.

Train service has not been suspended because of law and order. It has been kept at halt at Mazhama and Budgam because the house of the deceased is near the track and (some) people who have to participate in the funeral sit on the track,” SSP railway said in a statement, adding, “In order to avoid any unnecessary harm to people the train is halted only. Once track is cleared train services will move (resume).” gns