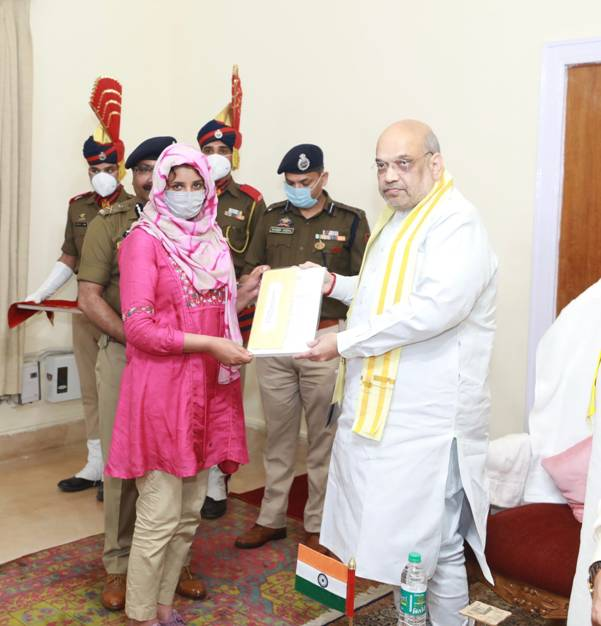 Srinagar, Mar 18: The Union Home Minister on Friday said that Modi government is committed to the welfare of Jammu and Kashmir police personnel and their families.

After reaching Jammu for a two-day visit, Shah in a Tweet in Hindi said that the entire nation is proud of the dedication and valour of Jammu and Kashmir police personnel to keep J&K safe.

Amit Shah reached Jammu today evening for a two-day visit, where he is scheduled to chair high-level security meeting and is also scheduled to hold meet with Lt. Governor Manoj Sinha and other top officials of the UT.

On Saturday, Shah is scheduled to address a gathering at CRPF Raising Day at M A Stadium in Jammu.