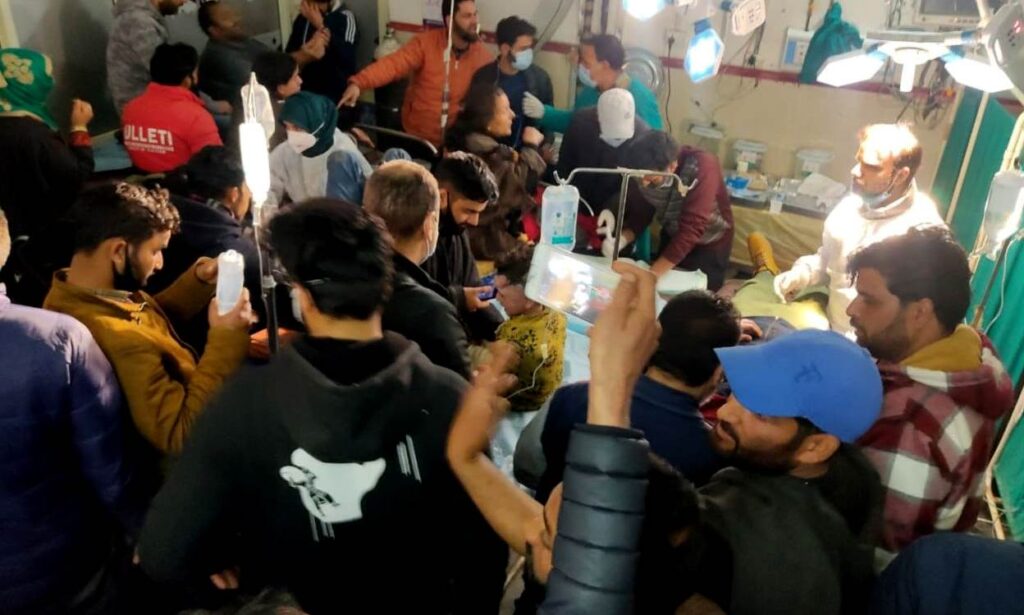 Official sources said that an LPG cylinder went off near the ‘Ticket Counter’ of the hospital where a number of people including children and women were present.

They said 11 persons sustained minor burn injuries and were shifted to Government Medical College Anantnag for treatment. One among the injured has been referred to Srinagar hospital.

Among the injured one of the employees Sahil Raina of Bijbehara was shifted to SKIMS Srinagar for advanced treatment.

The cause of the blast is attributed to gas leakage. Locals after the incident reiterated the demand that this maternity hospital should be shifted to a safer place. They said the current hospital building is unsafe and congested.