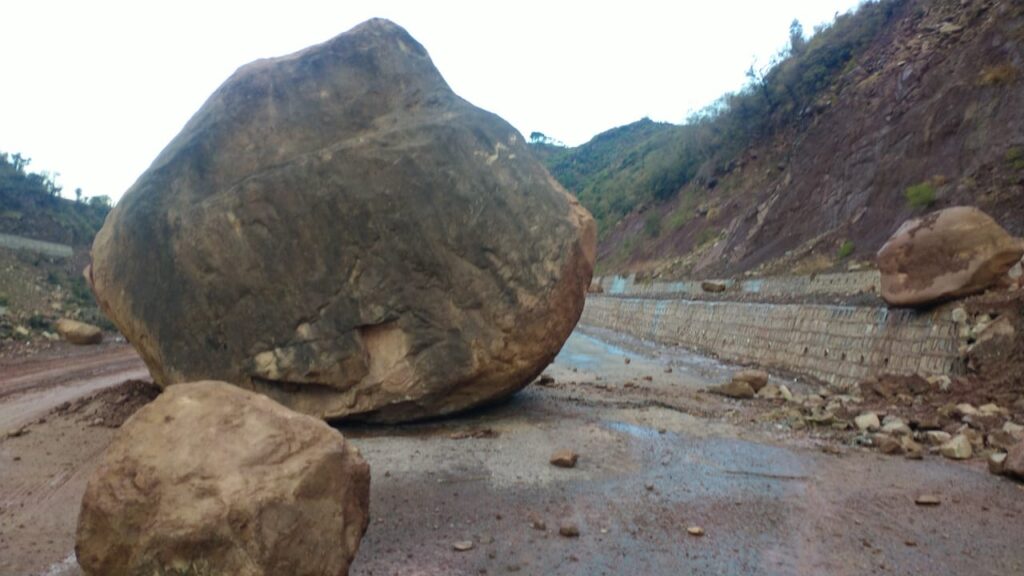 Srinagar, Feb 26: Jammu-Srinagar highway, the only surface link connecting Kashmir valley with the outside world, was closed for vehicular movement due to landslides, shooting stones at many places en route the thoroughfare and snow accumulation around the NAVYUG Tunnel.

Official sources said massive landslide has occurred at Cafeteria Morh, Ramban while there is rock slide at Samroli.

“Jammu-Srinagar highway closed for vehicular movement due to landslides, shooting stones at many places on highway and snow accumulation around the NAVYUG Tunnel,” a traffic department official said. Sources said that one person sitting in a truck (JK05F-1003) was injured after hit by shooting stone at Nihar Ramban around 4 a.m. He was shifted to hospital in an ambulance, they said.