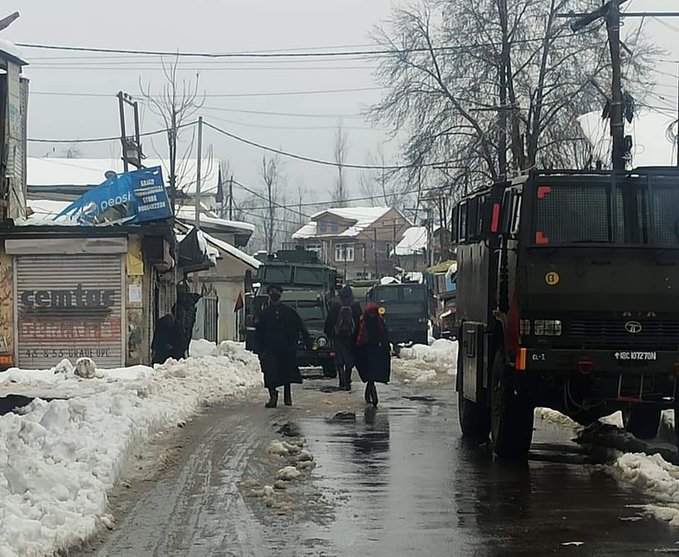 Shopian, Feb 25: Police Friday said that two militants and a civilian were killed in a gunfight at Amshipora village of South Kashmir’s Shopian district.

The slain militants are affiliated with the banned outfit Lashkar-e-Taiba.

Police said that arms and ammunition have been recovered from the encounter site.

Local sources said that Joint forces arrived in the village and cordoned it off while during the search operation, there was an exchange of fire.

Pertinently, in the same Amshipora village, a police officer identified as Shabir Ahmed Wagay was seriously injured after militants fired upon him in the first week of this month.

Police said that: “after a cluster of houses were taken into cordon, following the drill civilians were evacuated to safety. Thereafter, house to house searches was started in the wee hours to locate the hiding militants”.

The fire by the militants, police said, was retaliated effectively in which both militants were neutralized.

With the killing of these two militants, the number of militant casualties touched to 7 this month. This was the 5th encounter between militants and government forces this month.

In the current month 7 militants, 2 soldiers, a cop, and a civilian have been killed so for. Militants also carried out two attacks on joint forces, leaving a police dead, another injured. knt